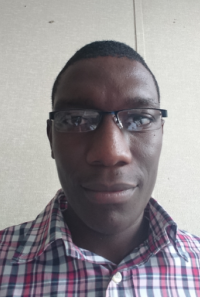 Tendaishe Tlou works as the Transitional Justice Advocacy Specialist for the National Transitional Justice Working Group based in Harare, Zimbabwe. Among many, he holds post-graduate certificates in Inclusive Gender in Transitional Justice and Building Resources in Democracy, Governance and Elections (BRIDGE); Transitional Justice, Applied Conflict Transformation and Community Development from the Refugee Law Project (Uganda);  and the International Citizen Service Volunteer Certificate (the UK). He also has  a BSc (Hons) degree in Peace and Governance, centered on political and socio-economic issues, from Bindura University (Zimbabwe),  and a Masters’ in Human Rights, Peace and Development from Africa University (Zimbabwe). In addition to his degrees, Tendaishe has written and published over 30 academic articles. 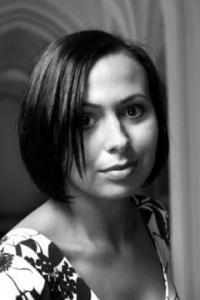 Joanna Talewicz-Kwiatkowska holds a PhD in anthropology from the Institute of Cultural Anthropology at the Jagiellonian University in Krakow, Poland. She currently works as an assistant professor at the Jagiellonian University in the Institute of Intercultural Studies and as an academic advisor at the Auschwitz-Birkenau State Museum. She is a lecturer in the postgraduate studies program: Totalitarianism- Nazism- Holocaust created by the State Museum Auschwitz-Birkenau.

Talewicz-Kwiatkowska was a recipient of the Fulbright scholarship, grantee of the Leadership Academy for Poland and the European Commission’s program Marie Curie Conferences and training courses entitled “Multi- Disciplinary and Cross-National Approaches to Romany Studies - a Model for Europe”. She has also been part of the U.S. State Department International Visitor Leadership Program. 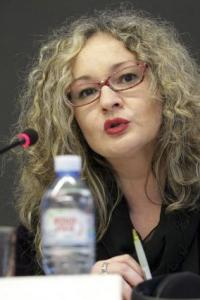 Marijana Toma is Deputy Executive Director at the Humanitarian Law Center, where she works on documenting war crimes, oral history, forced disappearances and transitional justice. During the past 13 years, she has been involved in numerous transitional justice projects in the region and internationally. She was the Coordinator of the task force for drafting the mandate for the Regional Commission for establishing facts about war crimes and other violations of human rights in Yugoslavia (RECOM). Prior to this, Toma was a Serbia Programme Coordinator at Impunity Watch, where she worked on the promotion of accountability for atrocities in countries emerging from a violent past, and as part of the International Organisation for Migration Mission in Serbia she worked on the issue of legal migration. During her time in South Africa completing her Masters studies in transitional Justice, she worked as a consultant for the International Centre for Transitional Justice. Toma writes and lectures on transitional justice in numerous regional and international informal and formal educational programmes. As an AHDA fellow, Toma will develop a project that seeks to bring educators and youth in schools into the debate on the responsible and factual representation of the former Yugoslavia’s past, with the aim of reforming the formal history education curriculum. 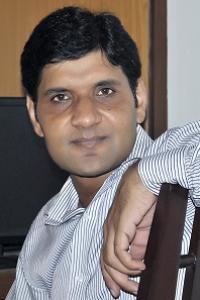 Rana Tanveer works as a Senior Reporter with The Express Tribune daily (tribune.com.pk), a publishing partner of International New York Times. As a journalist, Rana is passionate about covering issues relating to religious minorities and human rights. He has become particularly interested in the Ahmadi religious minority and the discrimination this community faces. Writing about the activities of extremist religious organizations; issues related to terrorism among religious extremist organizations; and cases under review within the Pakistani court system are topics he covers as well. As head of a reporting team, Rana’s role at The Express Tribune also includes supervising the reporting team in Lahore to ensure coverage of all important issues of the day.

Ahmadis, who identify themselves as Muslim, but who are considered a heretical sect by the Muslim majority, face a particularly unique set of issues because of their self-identification as Muslims. The Pakistani media, for example, does not give proper coverage of atrocities suffered within their community, and censorship of publications relating to the community is widespread: it is a crime for Ahmadis to call themselves Muslim; the leadership of the Ahmadia community is forbidden from visiting Pakistan, where the largest community (approximately 2 million) of Ahmadis in the world resides; violence against members of the Ahmadiyya community is regularly committed with impunity. As a professional journalist, Rana strives to publicize both the discrimination suffered by the Ahmadi community, but also the lack of redress and tolerance within the community at large. Addressing the historical roots of this violence and the conflicting narratives about the Ahmadi identity are central to reducing discrimination towards the Ahmadiyya community, and allowing members of this community, like those of other religious minorities, to practice their religious beliefs without fear of being attacked. As an AHDA fellow, Rana will develop a project that seeks to address these issues, and that seeks to open up discussion of Ahmadi identity and place in Pakistani society.