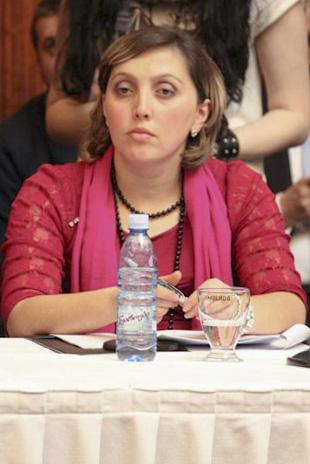 Recent graduate of the Human Rights Advocates Program in 2009, Nazibrola Janezashvili from Georgia, states, “The main result of my participation in HRAP is increased awareness about human rights issues and activities of the USA-based human rights organizations.” When Janezashvili entered HRAP, she was serving as Project Director for Article 42 of the Constitution, an NGO in Georgia composed of professional lawyers who provide pro bono legal assistance and representation in courts and other state agencies to the victims of human rights abuses.

HRAP provides its participants with the opportunities to take part in training seminars and workshops for proposal writing, leadership building, and public speaking at Columbia University. According to Janezashvili, “After the program, I realized that my presentation skills are absolutely different and improved. The experience received during the program helps me to exercise my work more successfully and qualified.”

Upon her return to Georgia after HRAP, Janezashvili received higher professional recognition because of the education she had acquired. She was appointed from her position as Project Director of Article 42 of the Constitution to the post of Chairperson of the Board. Currently in this position, she supervises and manages the organization’s operations, leads board activities, and submits reports and presentations to the General Assembly regarding the organization’s activities. She has also begun her pursuit of a PhD program in Law at Caucasus School of Law in Georgia and is completing her dissertation on the subject of Women’s Rights.

Another important feature of HRAP is the opportunity it provides for participants to meet with other human rights advocates from around the world and share their different and unique perspectives and experiences. For Janezashvili, “The greatest benefit of my participation in HRAP is new relations with human rights defenders. I shared their experience in human rights which will help me in future activities.” The HRAP participants are also provided housing and accommodations during their four months’ stay in New York and Washington, D.C. for them to get to know one another and be comfortable during their stay. Janezashvili recalls from her experience, “I consider that the environment during the program helped me fast in adapting with program participants and friendship relations,” and “I am really happy that now I have friends around the world.”

January 2014 update: Janezashvili  is currently the Executive Director of the Association Unity of Judges of Georgia.

February 2017 Update: Janezashvili has been a Hubert H. Humphrey fellow at Washington College of Law, American University since April 2016. She hopes to focus on judicial issues within human rights and specifically those associated with hate crimes against LGBT+ people. 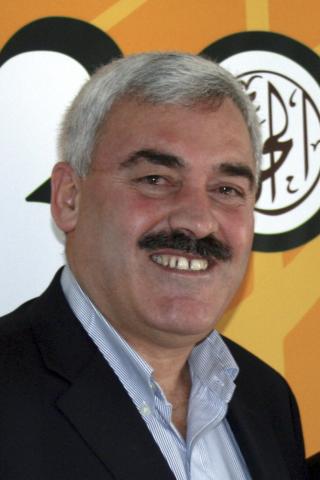 2001 Advocate Sha’wan Jabarin currently serves as General Director at Al-Haq Organization. This independent human rights organization advocates nationally and internationally to promote the rule of law and respect for human rights in the Occupied Palestinian Territories through legal research, documentation and building capacity to address violations of the individual and collective rights of Palestinians under international law.

When asked about HRAP, Jabarin says, “Even though it has been over 10 years since HRAP, the memories flooded my mind like it was yesterday. At that time, the program was my first opportunity to travel and study abroad in many years before. I had had a travel ban imposed on me and spent many years in detention as a result of Israeli occupation policies. I still remember the faces of the people I met and the classes I attended. I remember walking in the snow from my apartment to the campus. Not only do I remember the lectures, I also remember the fun time such as the trip to Massachusetts and attending discussions at the State Department.”

One of experiences that he highlights is when he gave his speech on behalf of all the students in the program with Mr. Heineken. He recalls, “I still have that speech script today. The course on addressing the media and delivering the message helps me a lot when I give interviews. The video interview practice and discussions from the course helped me to focus on my message.”

He also emphasizes that his coursework on fundraising and proposal writings as well as his writing practice with Professor Martin provided him an opportunity to enhance the relationship with donors for the organization.

After participating HRAP in 2001, he returned to Palestine with a new sense of purpose and direction to promote human rights. As a result, his organization was awarded the Dutch Human Rights Prize. He reflects, “I have always seen myself as a human rights defender and HRAP helped me to shape my understanding of the defense of human rights and gave me directions in that pursuit. It was the experiences from HRAP that opened the door to help me to reach the position where I am today.”

In 2005, Jabarin also completed his master’s degree in Law with International Human Rights Law from the Irish Centre for Human Rights in Galway, Ireland. He was recently awarded the Distinguished Graduate Award from the institute at its 10th anniversary ceremony.

He concludes, “There are many milestones in a person’s life that make them into the person they become. The experience from HRAP at Columbia University is one of those experiences for me. The certificate I received after completing the program still sits on my desk where everyone who visits my office can see it. I am very proud of my experience and thankful for the opportunity.”

April 2017 Update: In addition to continuing to serve as General Director at Al-Haq, Jabarin is currrently involved in advocacy missions in Europe. He was also elected Secretary General for the FIDH during its 39th Congress in August 2016.