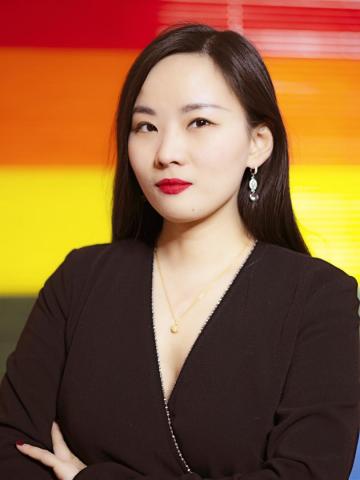 Ying is the executive director of Beijing LGBT Center. Since 2009, she has been actively campaigning for LGBT rights in China. At the Beijing LGBT Center, Ying has led advocacy and awareness campaigns against conversion therapy for LGBT persons and for the removal of homosexuality from the Chinese Classification of Mental Disorders. Ying also co-curated the China Women’s Film Festival and co-founded Wuhan Rainbow, a community-based LGBT organization. Ying was an initiator of the National Survey on Discrimination based on Sexual Orientation, Gender Identity and Gender Expression in China conducted in partnership with the United Nations Development Program and Peking University. She also initiated the first National Survey on Living Conditions of Transgender People in China.
Ying holds a bachelor’s and master’s in public administration from Zhongnan University of Economics and Law and a bachelor’s in Japanese from Huazhong University of Science and Technology. 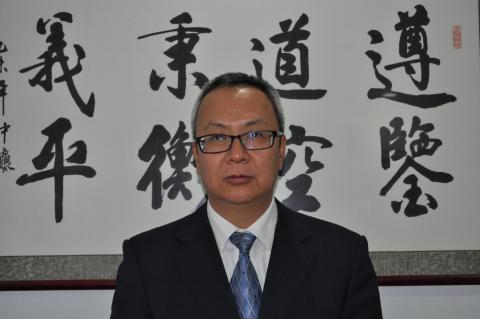 Liang Xiaojun is a 2014 graduate of the HRAP. He is the director of China Against the Death Penalty and runs the Beijing Daoheng Law firm where he also acts as a human rights lawyer defending human rights activists.

He says, “China has become the world’s second-biggest economy and the Chinese Communist Party had made a law to limit the foreign NGO activities in China. Our work to defend human rights is very dangerous and it is normal for us to do it without any support.” HRAP was an occasion for Liang Xiaojun to expand his knowledge of human rights and meet other human rights advocates. “Due to the difference of culture and language and the Chinese Communist Party’s strict control over society, we have no more space to engage in human rights advocacy. I had the pleasure and was lucky to participate in HRAP in 2014 which gave me the opportunity to meet with the admirable professors and excellent human rights advocates from other countries. They opened my field of vision and inspired the courage to resist threats and oppression.”

Participation in HRAP was crucial for advancing English language skills. “I appreciate HRAP giving me the chance to study English. I am particularly thankful to Ms. Stephanie Grepo [the Director of Capacity Building at the Institute for the Study of Human Rights] who encouraged me to keep studying English. Now I can communicate with journalists and writers in English about the human rights crackdown in China.”

“Attending human rights classes at the Columbia University and traveling to Washington DC were the most memorable parts of the program,” concludes Liang Xiaojun. Despite barriers, Lian Xiaojun tries to keep in touch with other advocates through social media.