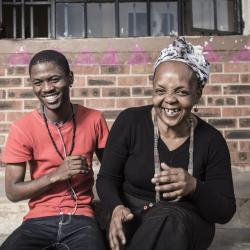 Advocate Highlight
Wednesday, January 29, 2020
Carol Dyantyi attended the 2014 HRAP. She is the Founder and Director of Ikageng Itireleng AIDS Ministry, a South African community-based organization dedicated to children whose parents have been diagnosed with or died from AIDS. Known as “Mum” Carol, she has dedicated her life to advocating for the rights of all children in South Africa and providing them with the resources needed to live a fulfilling, healthy life. Carol holds a Bachelors in Community Development and Leadership from the University of Johannesburg. 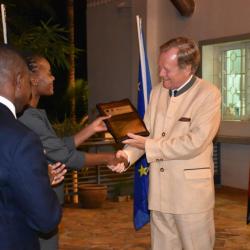 On January 24th, the German Embassy in Kampala honored 2012 Advocate Primah Kwagala with the Peace & Reconciliation Award. Primah is a human rights lawyer and founder of the Women's Pro bono Initiative (WPI). 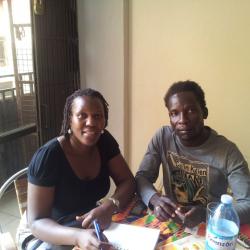 Betty Lee Odur attended the 2016 HRAP. She is a Legal/Program Officer at the Uganda Network on Law, Ethic and HIV/AIDS (UGANET), an NGO committed to the development and strengthening of policies and ethical responses to HIV/AIDS in Uganda. She has headed the Kampala office since 2011. She earned a bachelor’s of legal laws from Uganda Christian University in 2008 and a postgraduate diploma in legal practice from the Law Development Center in 2009. 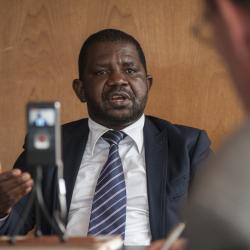 Sylvester Uhaa attended the 2013 HRAP. He is the founder and director of Citizens United for the Rehabilitation of Errants (CURE) in Nigeria, a chapter of International CURE. Under Sylvester’s leadership, CURE-Nigeria has grown from a state to a national organization. In 2011, CURE-Nigeria hosted the 5th International CURE Global Conference on Justice Reforms. CURE-Nigeria has organized training workshops to build the capacity and skills of judicial officers and police on human rights, alternative dispute resolution, and restorative justice. 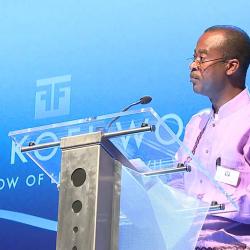 Samuel Kofi Woods II attended the 1994 HRAP. He is a Liberian journalist, academic, activist, and politician. Woods began his activism as the student president of his university and a leader of the national student organization in 1986. After the outbreak of civil war in 1989, Woods fled to Ghana but returned to Liberia in 1991 to launch the country’s most prominent human rights organization, the Catholic Justice and Peace Commission. In the midst of the war, he wrote and distributed reports of human rights violations.