Liberating Kosovo: Coercive Diplomacy and U.S. Intervention was published by MIT Press and Harvard’s Kennedy School (May 2012). Liberating Kosovo not only considers diplomatic efforts, which culminated in NATO’s 1999 intervention; it also evaluates the UN’s role and state-building activities undertaken in Kosovo that are applicable to other post-conflict countries like Iraq, Libya, and Syria. Intervention criteria are also proposed. Martti Ahtisaari, the 2010 Nobel Peace Prize recipient, Presidential Envoy Frank Wisner, Undersecretary of State Nicholas Burns, and Special Representative of the Secretary General Soren Jessen-Petersen endorsed the book.

Diplomatic History: The Turkey-Armenia Protocols was published by Columbia University’s Institute for the Study of Human Rights and the Future of Diplomacy Project at Harvard’s Kennedy School (March 1, 2012). The monograph studies Turkish-Armenian rapprochement since 2001, which culminated in the signing of The Protocols on Normalization of Armenian-Turkish Relations. Though the Protocols were never ratified, the monograph offers suggestions for revitalizing diplomacy aimed at opening the Turkey-Armenia border to normal travel and trade. It was presented to an inter-agency group convened by the U.S. State Department, a briefing to staff of the House International Affairs Committee, the Carnegie Endowment for International Peace, Turkish and Armenian officials, audiences in Turkey and Armenia, Swiss mediators, and Columbia students. 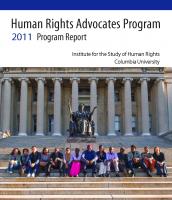 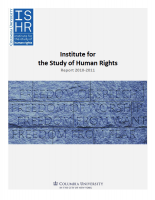