The Institute for the Study of Human Rights congratulates Turkish human rights defender Murat Çelikkan on receiving the 2018 Hrant Dink Award. Celikkan is a co-director of Hafıza Merkezi, the Center for Truth, Memory and Justice, in Turkey and a 2012 alumnus of the Alliance for Historical Dialogue and Accountability Fellowship.

“For years, Murat Çelikkan has striven to create peaceful, democratic and pluralistic solutions to several ongoing heated issues in Turkey. Aware of the many different risks, he nonetheless speaks out in the defense of human rights,” writes The Hrant Dink Foundation. “He fights for the establishment of freedom of expression and association, the exposure of human rights violations and torture, and recognition of the rights of those who were disappeared.”

Çelikkan has been working as a reporter, editor, columnist and editor-in-chief for over 25 years. He has actively taken part in the human rights movement and was jailed for his activism from August to October 2017. In November 2011, he co-founded Hafıza Merkezi, an independent human rights organization in Istanbul aimed at uncovering the truth concerning past violations of human rights, strengthen the collective memory about those violations, and support survivors in their pursuit of justice. He was a founding member and has been on the boards of the Human Rights Association, Helsinki Citizens Assembly, Amnesty International, and Human Rights Foundation. Çelikkan has been awarded the Civil Rights Defender of the Year Award 2018.

The Hrant Dink Foundation annually presents the International Hrant Dink Award on September 15th in honor of its namesake, Hrant Dink, a Turkish-Armenian journalist, editor, and human rights advocate who was assassinated in 2007. The award is given to those who “work for a world free of discrimination, racism, and violence, take personal risks for their ideals, use the language of peace and by doing so, inspire and encourage others.”

In his acceptance speech, Çelikkan stated “It is the struggle for human rights that will light the torch of hope against hopelessness, not only in Turkey but in the entire world. ‘There is a crack in everything; that’s how the light gets in.’ In the name of hope, I accept this award." 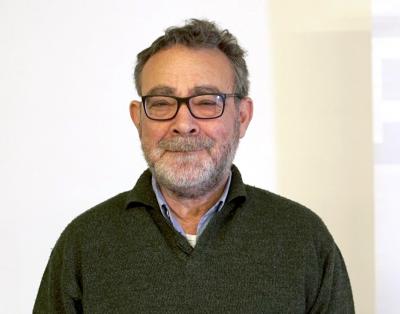