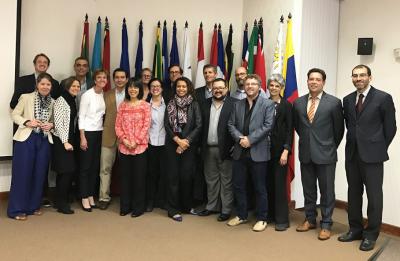 Columbia University embarked in 2016 on a research project “Human Rights Treaty Body Reform Process: Towards a Stronger Human Rights Protection Regime”.  The goal is to contribute to the United Nations Secretary-General’s report which will be submitted to the UN General Assembly 2020 review. This follows the UN General Assembly Resolution 68/268 on strengthening the treaty body system.

“Preserving the independence of the treaty bodies is essential to their work as barometers of states’ progress toward implementing human rights treaty obligations, and as authorities on the scope and content of those obligations”. (New York expert consultation report, June 1-2, 2017)

This project has been developed with the support of the Columbia University President’s Global Innovation Fund (PGIF) and with the collaboration of Columbia Global Centers and the Geneva Academy of International Humanitarian Law and Human Rights (Switzerland). 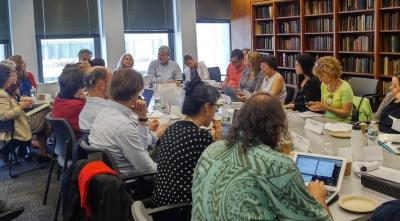 English-Speaking North America consultation in the US (New York), June 2017

All three consultations were attended by national and international experts from academia, governments, the United Nations, regional human rights systems, national level human rights protection mechanisms, and civil society representatives who have experience in engaging with the UN treaty body system as independent experts, staff, or victims’ representatives, among other roles.

The participants contributed to the discussions by submitting papers on various aspects of enhancing the work of the treaty bodies and their relationship with other human rights mechanisms. The contributions and discussions among the experts have been synthesized in the consultation reports.  The reports included below identify opportunities and raise concerns aimed to improve functioning and deepen the impact of the UN human rights treaty bodies, as well as to promote synergies with other human rights mechanisms.

Click on the links below for the meeting reports.