Twesigye Jackson Kaguri was born and raised in Uganda in the village of Nyakagyezi. A graduate of Makerere University, Kaguri co-founded the human rights organization, Human Rights Concerns, to help victims of human rights violations in Uganda and to educate the public about their rights. In 2001, he founded the Nyaka AIDS Orphans Project in response to the devastating effects of AIDS in his hometown. The organization provides free education to children who have lost one or both parents to HIV/AIDS. In addition to two primary schools and a secondary school, it also operates two libraries, a farm, a nutrition program, a medical clinic, two clean water systems, and a support program for the grandmothers who care for as many as 14 children at a time. Since founding the project, Kaguri has also become an author. In A School for My Village, he shares how he came to build the first school and the struggles he faced during the first few years. In 2014, he published “Sitwe Joseph Goes to School,” a children’s book about a young HIV/AIDS orphan who dreams of going to school. When not visiting the schools in Uganda or working at his office in Okemos, Michigan, Kaguri travels the globe to speak with students and supporters about the organization. 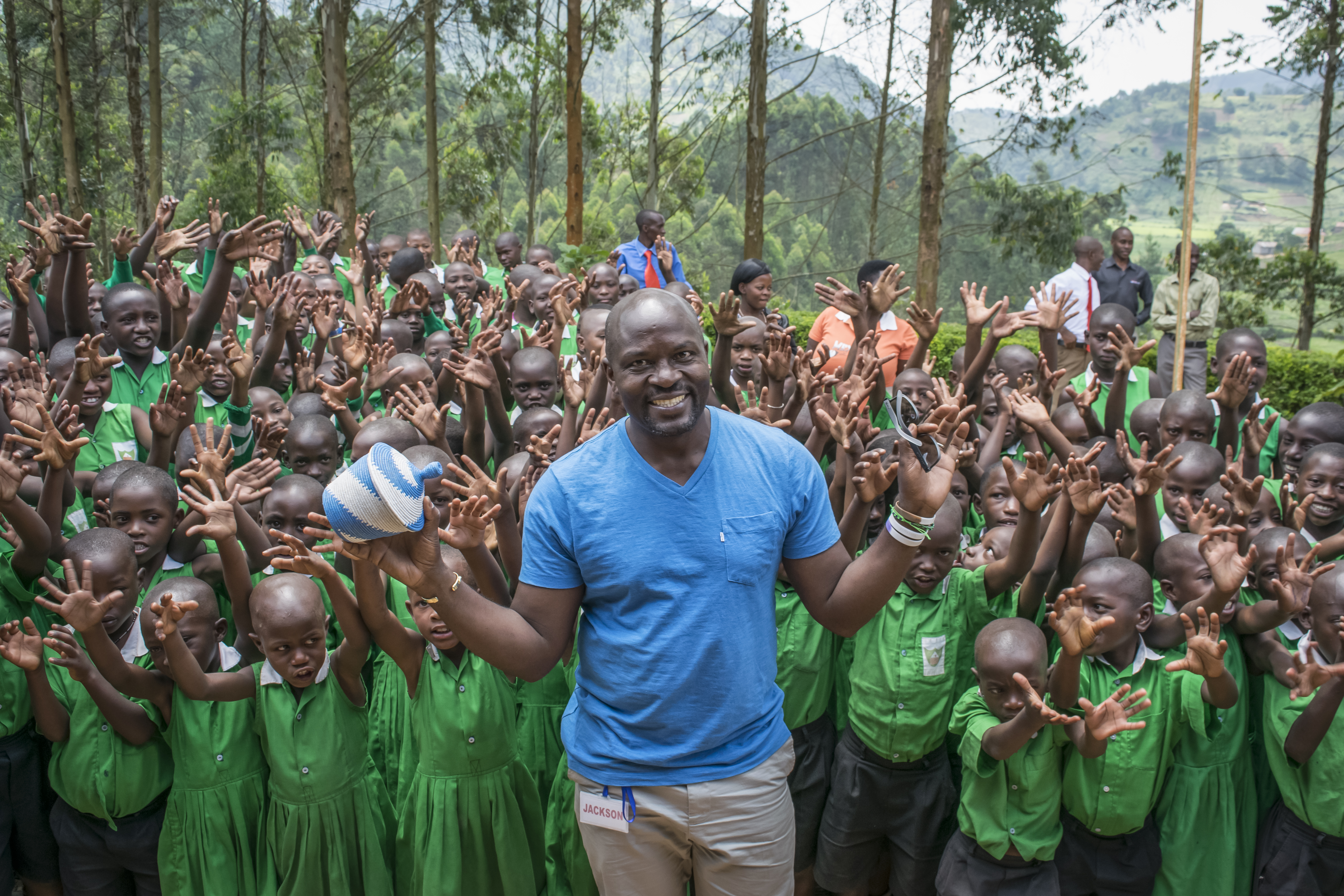