Gaisu Yari, a 2018 Human Rights M.A. graduate, has been a diligent women’s rights pioneer since surviving Taliban rule and finishing high school by studying in secret, in defiance of the Taliban ban against girls’ education. Afterwards, she worked as a radio broadcaster, becoming one of the first Afghan women to work in the male-dominated media, and made time to campaign on behalf of Afghanistan’s first woman candidate for president.

During her undergraduate studies in Women Studies and Middle Eastern Studies at the University of Virginia, Gaisu was a fervent women’s rights advocate.  As a frequent speaker, panelist, and trainer for international organizations and academic institutions, including UVa’s ROTC program, she promoted awareness of women’s issues and support of women’s rights during wartime and in the Middle East and Afghanistan. She returned home to Afghanistan after graduation where she worked as a consultant for national and international organizations, providing technical assistance for assessments, designs and the implementation and monitoring of diverse projects empowering Afghan women. In her advisory role to the Minister of Women, Gaisu helped enhance the scope and efficacy of the office’s projects and partnerships, was the liaison between the Minister and international organizations, prepared and accompanied the Minister to international events related to women’s issues, and was a participant in them, representing the Ministry on panels or roundtables evaluating event input and making recommendations.

During her time at Columbia University, Gaisu developed her thesis, "A Critical Analysis of Donor Support for Projects Supporting Women in Afghanistan," which is not only shaped by her academic and field research but too, by her professional experience working with government, non-government and international agencies. One of its revelations is that development projects addressing women’s issues often fail because donors and implementers neglect to base their project designs on assessments that include the participation of a wide range of stakeholders and mechanisms to ensure accountability, that participation in the project is based upon qualifications and that all deliverables are met.

Lessons learned from her research at Columbia are very useful in her job as one of the nine commissioners responsible for upholding civil servants’ rights throughout the country, and investigating and resolving grievances. Her office, the Independent Administrative Reform and Civil Service Commission, was founded because the existing civil service system is rife with nepotism, discrimination against and harassment of women, and corruption. Its mission is reform.

Among other responsibilities, Gaisu leads and works with the IARCSC’s Women Empowerment Directorate on its strategic planning, implementation and capacity building efforts to ensure increased participation of women in government. This includes research on the question of why women are not applying for leadership/senior positions in the civil service and the preparation of recommendations to remedy the same.  She is also tasked with advocacy for and oversight of the implementation of the UN Resolution 1325, working closely with UN Women and other international agencies, the Ministry of Foreign Affairs and Afghan women’s groups, to ensure the participation and full involvement of women in all efforts to promote and maintain peace and security.
For a peek into Gaisu’s life in Kabul, check out the DW news story “Afghanistan Women’s Rights Under Threat.” 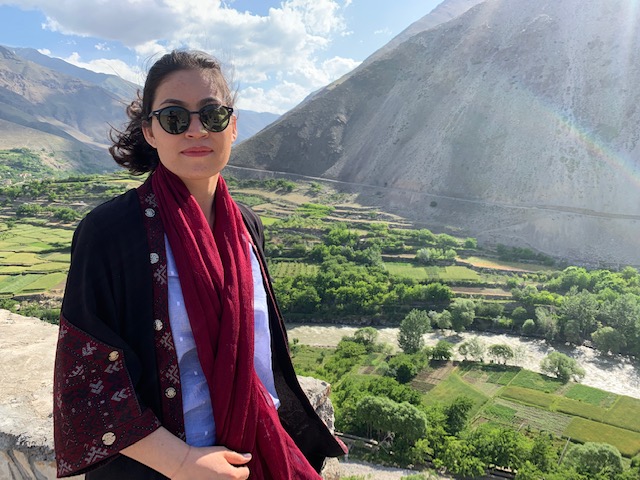