The project has been developed by AHDA alumnus Mario Mažić as part of his AHDA fellowship at the Columbia University's Institute for the Study of Human Rights. It has been implemented by the Regional Network of Youth Initiative for Human Rights in collaboration with PAX for Peace from the Netherlands with support from the Robert Bosch Foundation and the European Commission.

The goal of this project is to contribute to the non-recurrence of violence in the Balkans by bridging the gaps in different and often conflicting narratives among young people that perpetuate the conflicts along ethnic lines.

During the first stage of the project, the YIHR compiled documentation - materials from the ICTY and local courts; media/press material and peace agreements; laws and political decisions; minutes of government and military meetings; statements of victims and witnesses - and made it available in a user-friendly format to project participants. During stage two of the project, a conference in Belgrade (Serbia) gathered around 120 young people from Bosnia and Herzegovina, Croatia, Kosovo, Montenegro and Serbia to participate in youth-led activities in 2018. Young people were invited to bring to the conference their national history textbooks. Students presented and discussed materials they have been taught, compared and critically analyzed the different narratives presented there. Following this initial training, participants were divided into groups with each group working on a shared narrative of the event. Participants also attended study tours of places where crimes against humanity have been committed and spoke with victims and witnesses, ICTY and local investigators, prosecutors and activists and local youth.

Currently, YIHR is working on the final stage of the project which will be a publication that is a result of group work and development of shared narratives. The publication will be translated into all official regional languages and English. It will be accessible in print (and online) in capital cities of the former-Yugoslav countries and in several towns that were heavily destroyed during the war in the Balkans.

Besides the YIHR, other laureates of the prize in 2019 were human rights defender Aleksei Petrushevsky from Kyrgyzstan, organization “Rebuild Women’s Hope” that supports women entrepreneurship in the Democratic Republic of Congo and organization “Love the Kids Foundation” that supports children’s rights in Rwanda. 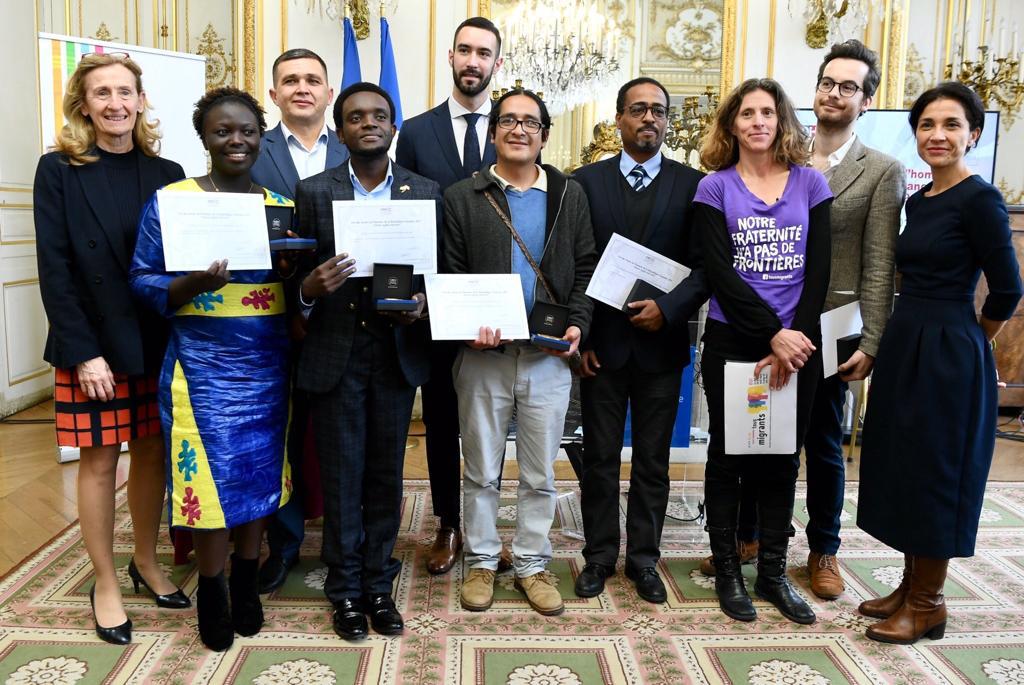