Humanitarian Cooperation Between Kurds in Iraq and Syria

Columbia University has been facilitating a “humanitarian dialogue” between Kurds in Iraq and Syria. Bayan Abdul Rahman, representative of the Kurdistan Regional Government (KRG) in DC and Sinam Sherkany Mohammed, representative of the Syrian Democratic Council in DC, exchanged information on humanitarian conditions during a zoom call hosted by Columbia and Refugees International on April 8, 2020.

The KRI has a population of just over 5 million people, with an additional 1.1 million displaced Syrians and Iraqis. In recent months, the KRG welcomed an additional 21,000 refugees from Syria.

The KRG went into lockdown very early, which impeded spread of the coronavirus. As a result, there are only 303 confirmed COVID-19 cases to date. This number may be low due to the absence of testing. The KRI shares a long border with Iran, which is besieged by the pandemic. Southern Iraq’s border with Iran is porous and there is concern that infected people have been crossing and potentially spreading the disease. The infection rate in Iraq as a whole is likely higher than reported.

Iraqi Kurdistan was starting to stabilize its economy when the coronavirus struck. With oil hovering between $20-30/barrel, revenues have dried up. USAID has pledged $15 million to combat coronavirus in Iraq, including the Kurdistan Region. The World Health Organization has provided a small number of testing kits.

Human security is further imperiled by the resurgence of ISIS, which threatens all residents in the KRI. Recently, two peshmerga soldiers were killed by ISIS in the Garmiyan area.

North and East Syria, which Kurds call “Rojava” is home to 4 million people, including Kurds, Arabs, Syriacs, Armenians, and Turkmen. It has been ravaged by 9 years of civil war and ISIS attacks. Violent conflict continues with Turkey and groups affiliated with Turkey on the offensive.

Turkey attacked Afrin in January 2019, which resulted in the displacement of 280,000 people. In October 2019, another 300,000 were displaced when Turkey invaded the NES east of the Euphrates River. Many of the displaced are in camps such as Washu Kani, Tal Abyad, and Arisha. Camps are at capacity, low on supplies, and struggling to meet basic human needs.

About 1.65 million people need humanitarian assistance in the NES. In addition, 700,000 in the al-Hasakah region have no water or sanitation services. Out of 279 health care centers, only 26 are operational. Others have been destroyed by Turkey’s military action. Challenges were compounded by Russia’s recent veto of a UN Security Council resolution authorizing the delivery of humanitarian aid across the border with Iraq, insisting that aid come through Damascus.

The WHO gave test kits to the Syrian government, However, Sinam says: “We got nothing from them.” In the NES, there are only 40 ventilators or 1 for every 100,000 people. A total quarantine was established, but the spread of the coronavirus from other parts of northern Syria, including Idlib, is a major concern. Turkey’s embargo deprives cross-border channels for UN medical and other forms of humanitarian assistance.

ISIS sleeper cells are very active. Despite US claims that the caliphate was “100 percent destroyed”, ISIS fighters attack the NES daily.

Both regions are facing a double and multi-faceted humanitarian challenge. The coronavirus is racing through the region. They also host many refugees and displaced people, which adds to health concerns. Difficulties compounded the resurgence of ISIS.

Kurds in Iraq and Syria have rivalries. Under duress, however, Kurds come together to manage the crisis. According to Bayan Abdul-Rahman: “We are linked by blood, tradition, language, and by custom. We see ourselves as one family divided by borders. One family in 2 houses next to each other.” Despite their proximity, lengthy delays occur for people and goods trying to cross the border. This is due to concerns about spread of the virus, as well logistical obstacles. Recent floods damaged a critical bridge-crossing.

A press report on April 9 quotes President Nechirvan Barzani, “The Kurdistan Region has dispatched medical equipment for two coronavirus testing labs, as well as training staff, to northeast Syria. Two medical teams were also sent on to train 26 medical lab personnel on how to operate the labs.”

General Masloum Abdi Kobani, head of the US allied Syrian Democratic Forces, expressed appreciation for the “swift and generous response.” He also hailed Barzani's promise to provide them with "more medical assistance in support of our efforts to combat this pandemic."

Syrian Democratic Times published an article about the webinar. Click here to read it. 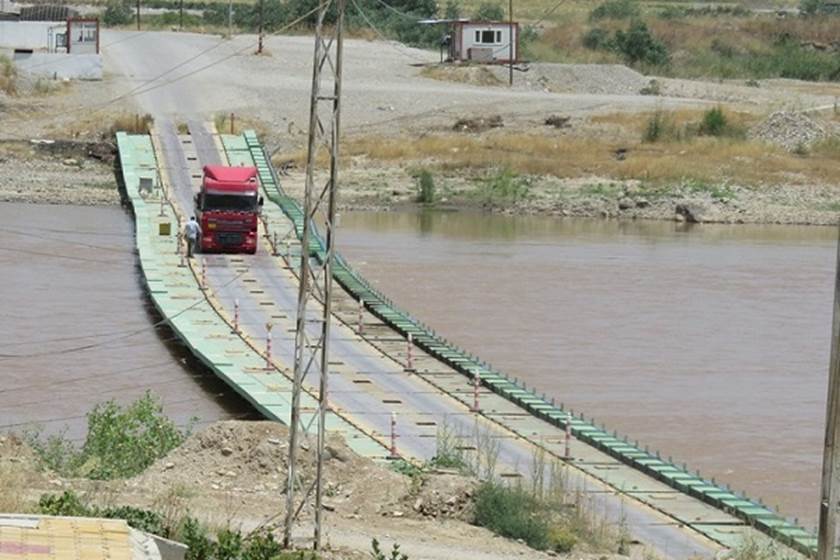