“Rules are rules”, said Australia’s Prime Minister Scott Morrison about the so-called Djokovic affair. Whatever you think of Mr. Morrison and his draconian immigration policies, Novak Djokovic should be deported from Australia for violating the law. He deserves scorn for knowingly exposing youth to the COVID-19 virus. Djokovic showed he is a Serbian nationalist by turning his immigration status into a political spectacle.

Novak Djokovic knew he was skirting the rules when he boarded a flight from Dubai to Melbourne on January 7. He lied on his immigration form, claiming he had not traveled internationally in 14 days. He knew his exemption from Tennis Australia had no legal weight with Australia’s government, yet he thought himself to be above the rules.

Djokovic was found to have the virus on December 16. A renowned virus and vaccine skeptic, Djokovic ignored COVID-19 protocols and risked the health of others by attending a panel discussion in Belgrade on the 16th, during which a postal stamp was unveiled in his honor. Djokovic declared, [“It’s] an honor to receive my very own Serbian stamp. Thank you to my generous country for this rare gift!”
He attended an event at the Novak Tennis Center in Belgrade the next day where he presented trophies to young Serbian tennis players. He did not wear a mask and was photographed hugging Serbian youth in violation of social distancing protocols.
He also attended a photo shoot with the French newspaper, L’Equipe, in Belgrade on December 18, posing with the Champion of Champions trophy, which recognizes the outstanding sportsperson of the year.
In addition, Djokovic was filmed playing street tennis in Belgrade over the Christmas period. He subsequently visited a tennis academy in Spain and was photographed meeting fans. Serbian COVID-19 regulations require a 14-day self-isolation period after testing positive.
Djokovic's Australian travel entry form included a false declaration, stating that he had not traveled anywhere internationally during the 14 days before his arrival. He was apprehended at the border.
Djokovic appealed the decision, which was his right. He could have quietly let his appeal proceed. However, he turned the issue into a nationalist spectacle.
Serbia’s president Aleksandar Vucic said Australia’s treatment of Djokovic was “harassment.” Djokovic's father, Srdjan, told a Serbian radio station his son was being held captive" by Australian officials. He alleged that his son was the victim of “a political agenda” aimed at “stomping on Serbia.” Djokovic’s mother, Dijana, said he was being scapegoated: “Our Novak, our pride. Novak is Serbia, and Serbia is Novak.”
The Djokovic affair reveals the ugly face of Serbian nationalism. Politicizing his trip was totally unnecessary. Nationalism has no place when dealing with a global pandemic that knows no borders. COVID-19 is an indiscriminate killer.
Serbia and the Djokovic family are in denial about COVID-19, as well as  Serbia’s crimes against humanity. Serbia refuses to accept responsibility for the mass murder of Muslims in Bosnia, Catholics in Croatia, and ethnic Albanians in Kosovo. The Djokovic family originally comes from Kosovo, yet no family member has ever uttered a word of regret about the murder of 10,000 Kosovo Albanians. Serbian identity is defined by victimization, which justifies the sense of entitlement of many Serbs.
As a great tennis player, Djokovic is a role model. Yet, Djokovic perpetuates ignorance about Serbia’s war crimes through his silence. His recent actions show contempt for the international rules-based system. He thinks himself above the law. So did Serbian paramilitaries who murdered, raped and pillaged neighbors in the former Yugoslavia.
Djokovic should be deported from Australia. Other countries hosting tennis tournaments should also enforce their immigration laws and, as necessary, ban Djokovic’s participation.
The Djokovic affair exposes the tennis star’s sense of impunity and disdain for rules. His behavior is contemptible and deserves to be disciplined.
Mr. Phillips is Director of the Program on Peacebuilding and Human Rights at Columbia University. He served as a Senior Adviser and Foreign Affairs Expert at the US State Department during the Clinton, Bush and Obama administrations. 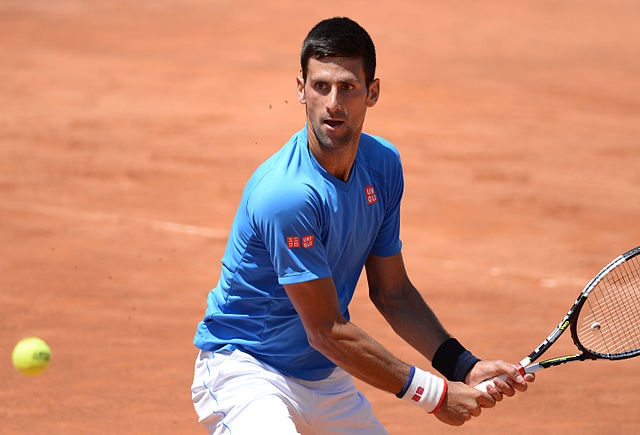