The UN Special Rapporteur on the Rights of Indigenous Peoples, Ms Victoria Tauli-Corpuz, completes her six-year tenure as Special Rapporteur on April 30th 2020. An extraordinary world-renowned Igorot leader from the Philippines, Victoria Tauli-Corpuz came to the rapporteurship from a background as an Indigenous rights activist, social development consultant, civic leader, human rights expert, public servant, and an advocate of women's rights. She was actively engaged in drafting and adoption of the UN Declaration on the Rights of Indigenous Peoples in 2007. She helped build the Indigenous Peoples' movement in the Cordillera as a youth activist in the early 1970s and has held crucial positions in the non-governmental world, including as head of her own organization, Tebtebba Foundation, and at the United Nations, including as Chairperson of the UN Permanent Forum on Indigenous Issues.

In her own words published in an interview with Cultural Survival:

“The most important successes drawn from different experiences is the empowerment of Indigenous Peoples. Their concerns are legitimized in their reports. So that they may feel that they have been visible and they are aware of having international attention and getting international support for their problems.”

Columbia and specifically the Institute for the Study of Human Rights, has had the opportunity to host Ms Tauli-Corpuz on many occasions over the years, in discussions about her mandate as Special Rapporteur, at the presentation of her groundbreaking report on The Impact of International Investment and Free Trade on the Human Rights of Indigenous Peoples, at international human rights symposia organized at Columbia and at her annual teaching at Columbia’s International Summer Program on Indigenous Peoples’ Rights and Policy. The Institute has also had a cooperation agreement with Tebtebba Foundation on Indigenous Peoples rights.

“Vicky” as the world fondly calls her, is a professor, mentor and friend of countless people around the world and an engaged interlocutor for Indigenous leaders, for women and youth, for government and international agency officials, for NGOs, for academia. It is no secret that everyone wants to work with Vicky.
Victoria is a person who feels the pulse of Indigenous Peoples’ dignity, their resilience and their struggle for justice. With her deep knowledge and understanding of the world, she has not hesitated to grapple with truly major topics that are of concern to the Indigenous Peoples of the world and to all of us, including investments and human rights, inconsistencies of International Law (regarding international investments and free trade and human rights treaties), the challenges of environmentalism and conservation for Indigenous Peoples, and lessons from country situations, some of which are part of the social struggles of our times, like Standing Rock and the late Berta Caceres’ vision for environmental justice for Indigenous Peoples. Vicky’s work invites us all to re-think critically about where our world is going and where Indigenous Peoples’ stewardship could actually provide answers for all.
Vicky has also been my mentor and friend over the many years we worked together, especially when she chaired the UN Permanent Forum on Indigenous Issues. I have had the privilege to always see, through her, that humanity and the planet are too important to abandon to cynicism and that there is always hope to be found in the struggle for human rights and social justice.
Warmest congratulations to Victoria Tauli-Corpuz for her contributions to the human rights of the Indigenous Peoples of the world! 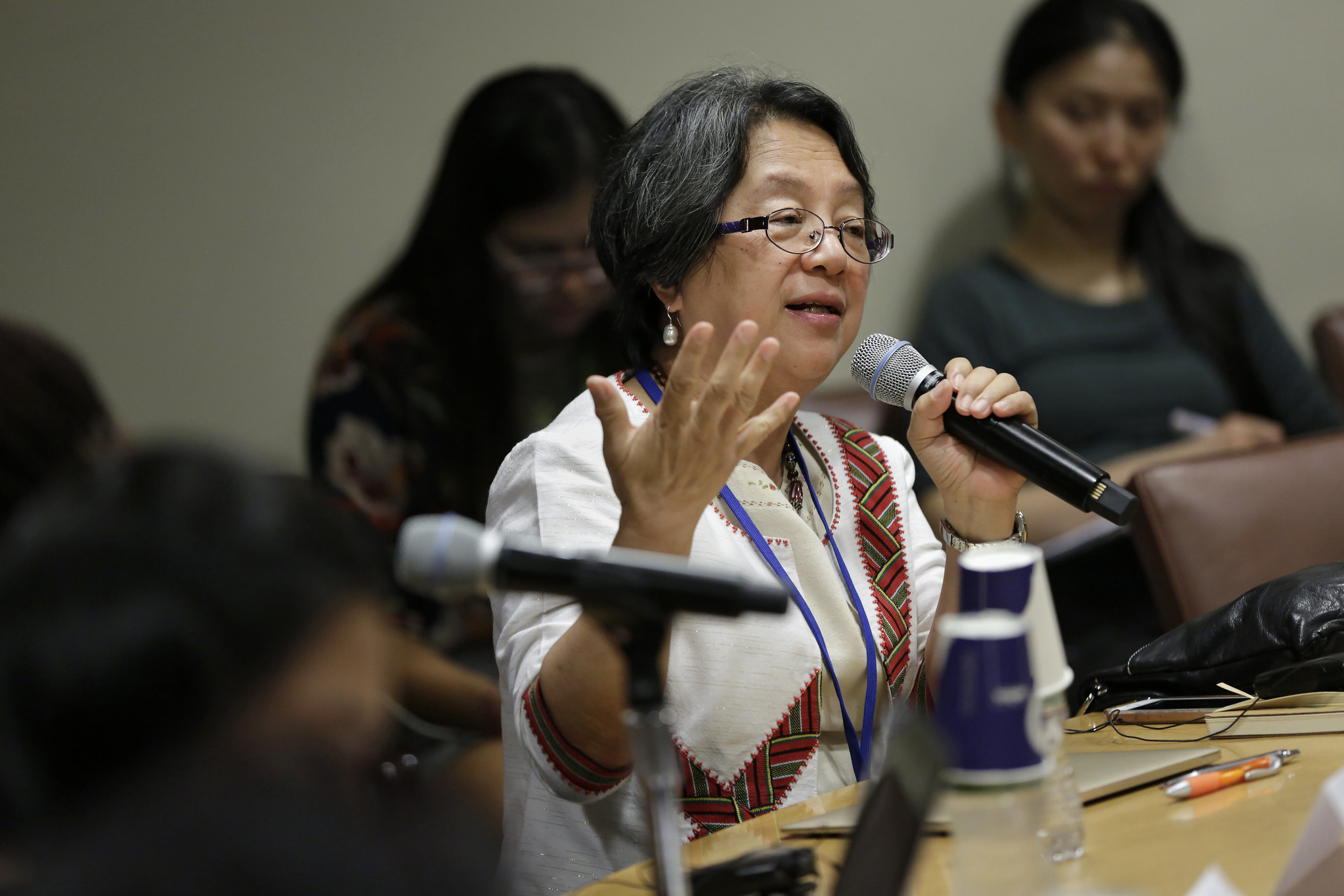