Coming to the Human Rights Advocates Program in 2009 from Kenya as a volunteer with Minority Women in Action (MWA), Akinyi Ocholla says of her time in HRAP: “My participation in HRAP boosted my networks, my insights into human rights work, my knowledge of working with people, and increased my resolve to continue working for the LGBTI community in Kenya.” Ocholla began volunteering with Minority Women in Action in 2006 and in 2009 became the chair lady of the organization where her work focused on promoting the issues of lesbian, bisexual, transgender and intersex women in Kenya.

In 2011 Akinyi stepped down as chair lady of the MWA's Steering Committee and took on the role as director. Over the next two years, she managed a staff of four and demonstrated her acquired skills by spearheading an intense proposal writing exercise and expanding MWA’s annual strategic plan. She raised public awareness through conversations with members of the Kenyan public on sexuality and gender norms; discussing sexuality in Kiswahili on public radio; speaking with the police; and presenting research papers at the annual conference of Kenya Counselling and Psychological Association to the attention of professional psychologists and counselors. Together with members of Women Who Love Women in Kisumu, Akinyi spearheaded a research project which involved interviewing medical personnel about their views on sexuality and lesbian and bisexual health at public hospitals and clinics in Nairobi and Kisumu. The research resulted in a publication in an international journal. A second research project conducted in a joint effort with the staff of the National Museum of Kenya sought to investigate the ethnological and historical presence of LGBTI persons in traditional Kenyan communities. These publications have been shared widely with the LGBTI community in Kenya.

The effects of Ocholla’s success have spread to her fellow staff. In 2011-2014, Ocholla and MWA were officially elected as representatives of the Women’s Secretariat of ILGA. This gave MWA a new international role as a networking agency for the international lesbian community. It was a role that placed MWA in the spotlight and offered many opportunities for MWA members to step up and contribute to international lobbying efforts. For instance, MWA supported the 2013 Pan African ILGA Conference held in Nairobi.

On top of her work at MWA, Akinyi also served as a principal research officer at the Ministry of Higher Education, Science, and Technology. Her duties included promoting, disseminating, and managing research activities and findings from various institutions as well as collecting information from ethnic communities in Kenya and educating citizens on their intellectual property rights. Ocholla also confirmed that her position at the Ministry benefitted from her participation in HRAP because of the recognition as a human rights advocate that HRAP bestowed.

In 2012 Ocholla stepped down from MWA leadership in the wake of an election of a new MWA steering committee. Ocholla earned a master’s degree in intersectional gender studies at Linköping University, Sweden in 2014. This, however, meant that she had to leave Kenya and relocate to Sweden where she currently resides. Since 2015, Akinyi specializes in new technologies and works as a java programmer, artificial intelligence and robotic process automation specialist. 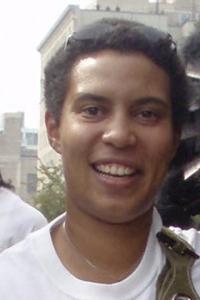