Delphine Djiraibe recalls the importance of the tools and education she learned during her time in HRAP by saying, "I still have course materials that I am using, especially for advocacy and fundraising.” When Delphine came to HRAP from her home country of Chad, she was serving as a human rights attorney at Chadian Association for the Promotion and Defense of Human Rights (ATPDDH), an organization that she co-founded.

Since her participation in HRAP, Delphine has had many notable accomplishments. After returning to Chad, she initiated prosecution of Hissen Habre, the country's former dictator, and created a network of civil society organizations to advocate for a peace and reconciliation process. She also opened the Public Interest Law Center in Chad, which is the first of its kind in Central Africa. Delphine continued her post-secondary studies and completed an LLM program at American University Washington College of Law where she majored in international human rights and environmental law.

When asked what the greatest benefit was of her participation in HRAP, Djiraibe responds, "It helped me connect to the international world” and it gave her “a high profile.”

Because of her extensive grassroots, organizing, and advocacy work in Chad, Djiraibe was selected for the Robert F. Kennedy Human Rights Award in 2004. The award is presented to honor courageous and innovative individuals striving for social justice.

Today, Djiraibe is a member of the boardd of the African Coalition for Corporate's Accountability and the Coalition on Human Rights in Development. She has also served on the board of trustees of the Center for International Environmental Law. At the same time, she acts as Senior Lawyer at Delphine K. Djiraibe's Law Firm, and as Chief Attorney with Public Interest Law Center. Delphine is the national coordinator of the Follow-up Committee on Peace and Reconciliation Initiative. Her regular duties include giving legal advice, representing clients before tribunals and courts, representing organizations, and regularly contributing to advocacy work and fundraising for her organizations. 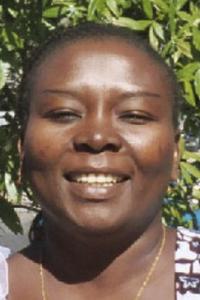