Daniela Ikawa teaches Introduction to Human Rights and Equality, Identity and Rights in the Human Rights Studies M.A. Program.She is a legal officer at the Open Society Justice Initiative.  She was formerly the Coordinator of the Working Group on Strategic Litigation at the International Network for Economic, Social and Cultural Rights.

A Brazilian lawyer, she obtained her LLM from Columbia University Law School and her doctorate from the University of São Paulo (USP). At Columbia, she was nominated Harlan Fiske Stone Scholar for her academic accomplishments in May 1999. Her doctoral thesis at USP was approved with distinction in 2006, published in 2008 by Lumen Iuris, and cited by the Brazilian Supreme Court in its 2012 decision that declared the constitutionality of affirmative action programs in Brazil.

Ikawa worked at Conectas Human Rights (Sao Paulo) and PILnet (New York) and taught at the Central European University (Budapest) and PUC (Sao Paulo). She was the managing co-editor of Sur-International Journal on Human Rights and has published over twenty books and articles on human rights in the United States and Brazil. Her current research focuses on the connection between particularly situated individuals and a contextualized theory of rights.

Rights for real people, networks and a view from everywhere, Transnational Advocacy Networks: Reflecting on 15 years of Evolving Theory and Practice  (2018).

Asking whose lives matter in the battle for social, cultural, and economic rights, Open Democracy (19 November 2016). 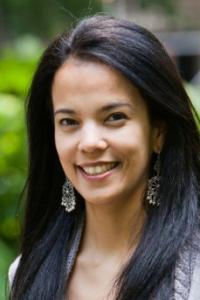