Elazar Barkan is a Professor of International and Public Affairs and the Director of the Human Rights Concentration at Columbia’s School of International and Public Affairs. He was the founding director of the Institute for Historical Justice and Reconciliation (IHJR) in The Hague. Professor Barkan served on ISHR’s board of directors before becoming ISHR’s co-director in 2007 and director in 2008. Previously, Professor Barkan served as chair of the History Department and the Cultural Studies Department at the Claremont Graduate University, where he was the founding director of the Humanities Center. Professor Barkan is a historian by training and received his PhD from Brandeis University.

His research interests focus on human rights and on the role of history in contemporary society and politics and the response to gross historical crimes and injustices. His human rights work seeks to achieve conflict resolution and reconciliation by bringing scholars from two or more sides of a conflict together and employing historical methodology to create shared narratives across political divides. A recent pertinent article: “Historians and Historical Reconciliation,” (AHR Forum) American Historical Review, (October 2009).

Professor Barkan’s other current research interests include refugee repatriation, comparative analysis of historical commissions, shared sacred sites, and the question of human rights impact, specifically with regard to redress and transitional justice. His recent books include No Return, No Refuge: Rites and Rights in Minority Repatriation (with Howard Adelman, Columbia University Press 2011); The Guilt of Nations: Restitution and Negotiating Historical Injustices (2000); Claiming the Stones/Naming the Bones: Cultural Property and the Negotiation of National and Ethnic Identity, (an edited volume with Ronald Bush, Getty, 2003); and Taking Wrongs Seriously: Apologies and Reconciliation (an edited volume with Alexander Karn, Stanford University Press, 2006). 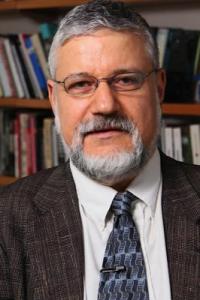