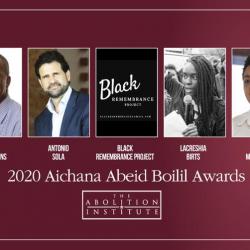 Co-founded by 2020 Advocate Bakary Tandia, The Abolition Institute presented its 2020 Aichana Abeid Boilil Awards on February 12th at the Stone Temple Baptist Church in Chicago. Named after the first woman rescued from slavery by SOS Esclaves, the award honors those in the “Land of Lincoln” who are fighting modern day slavery in Mauritania. Tandia is also a Case Manager and Policy Advocate at African Services Committee in New York City. He has guided every HRAP cohort since 2011 on how to maximize the HRAP experience. 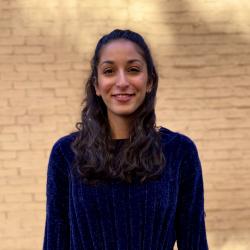 Alumni Highlight
Thursday, February 6, 2020
The Institute for the Study of Human Rights congratulates Human Rights graduate Shireen Jalali-Yazdi on winning the Audre Rapoport Prize for Scholarship on Gender and Human Rights for her paper “Colonized Masculinities and Feminicide in the United States: How Conditions of Coloniality Socialize Feminicidal Men”. The Audre Rapoport Prize is an interdisciplinary writing competition on international human rights and gender. 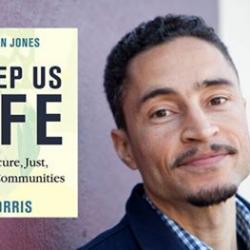 Zach Norris attended the 2007 HRAP.  He recently published his first book "We Keep Us Safe: Building Secure, Just, and Inclusive Communities". The book lays out a radical way to shift the conversation about public safety away from fear and punishment toward growth and support systems for families and communities. He advocates for truly dismantling the Us vs. Them mentality, building relationships within the community and bridging the divides. 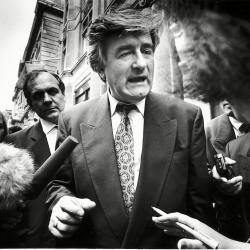 Conversations With a Mass Murderer
By Belinda Cooper
Tuesday, February 4, 2020
MY WAR CRIMINAL
Personal Encounters With an Architect of Genocide
By Jessica Stern 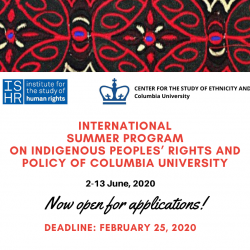 The International Summer Program on Indigenous Peoples' Rights and Policy at Columbia University is Now Open for Applications
Tuesday, February 4, 2020

Columbia University's ISHR and Center for the Study of Ethnicity and Race are glad to inform you that they are now accepting applications for the 2020 International Summer Program on Indigenous Peoples' Rights and Policy (ISSP). The deadline for submissions is February 25, 2020.