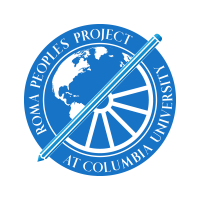 Throughout history to the present day, the Roma people have frequently been deprived of their basic human rights, dignity, and freedoms. They contend with the long-term impacts of a stigmatized identity as well as current and transgenerational trauma.

The mission of the Roma Peoples Project  (RPP) - launched five years ago, on November 14, 2017, at the Center for Justice at Columbia University - is to bring the field of Roma Studies to the forefront of academic and public consciousness. Roma Studies are missing from most of the universities in the United States and worldwide. The RPP has created a space for research and new narratives, where questions of Roma identity, diversity, and representation are addressed.  The RPP seeks to empower marginalized groups who have suffered from discrimination, stigma, and lack of inclusion within mainstream society.

The Roma: A Brief Description

The Roma are a global population of approximately 12 million people, constituting the largest ethnic minority in Europe. An estimated one million Roma live in the United States, one of the largest populations outside of Europe. New York, a city that has long been a hub of migration and culture, has an especially high density of Roma residents.
The Roma do not have their own state. As a dispersed people, they don’t have a narrative of a collective homeland or of a return to one. Most Roma have been settled in their countries of citizenship for generations, but they are often unable to access formal structures of governance and have few institutions that represent them.
Some Roma migrate from their countries of origin to seek freedom from discrimination or to find seasonal work. Only certain Roma subgroups have gone through periods of nomadism. However, the public perception and externally-created identity of a peripatetic lifestyle continue to marginalize the Roma. 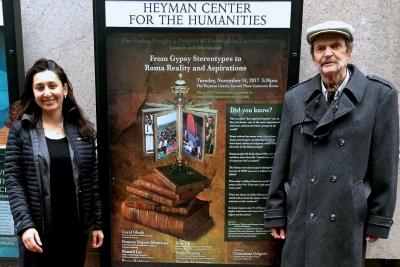 In fact, the pejorative slur of “Gypsy” in its various European guises has come to signal this misunderstanding of the way most Roma live. Many Roma prefer to hide their ethnic identity for fear of discrimination or social exclusion.
Evidence suggests that Roma began an overland migration out of northern India about a thousand years ago, eventually making their way to Europe. They suffered a long history of slavery, and, like the Jewish population of Europe, were targeted by the Nazis for racial persecution and annihilation. Throughout history to the present day, Roma have been forcefully assimilated, scapegoated, and regarded through the lens of prejudice and stereotype.
Historical stigma, statelessness, racism, mobility, and marginalization has shaped the Roma condition over many centuries. Investigating these issues does not only serve the Roma themselves but also helps other groups facing similar challenges due to war, climate change, economic precarity, and other forms of oppression.

The Roma Peoples Project: Our Vision and Mission 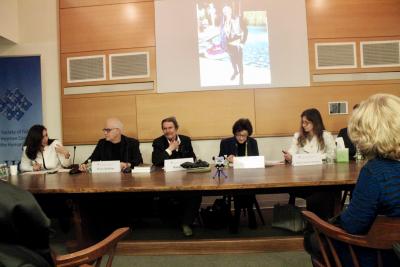 We envision a world where Roma people can reach their full potential and be respected as equals.
Our mission is to advance innovative scholarship, including nuanced and accurate representations of Roma, to make these studies accessible to the Columbia University community and to a wider audience, within the United States as well as abroad.
The Roma Peoples Project was founded by Cristiana Grigore, an internationally recognized Roma scholar since 2010, conducting research at Columbia University for the past eight years. RPP has a team of academic advisors, core collaborators and volunteers, a board of mentors, and supporters and participants in our programs and activities.
To contact the Roma Peoples Project, please send an email to ng2548@columbia.edu or romacolumbiauniversity@gmail.com

We welcome and appreciate your support.

If you wish to donate to the Roma Peoples Project, please use the button below and follow the instructions on the Columbia Giving donation portal.