Art as a Tool of Power: Censorship and Suppression of Culture 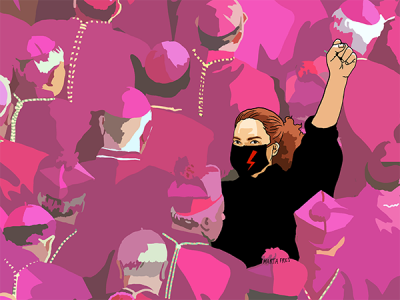 This is a hybrid (in-person/virtual) event. Registration required for attendance. Please note that all attendees must follow Columbia’s COVID-19 Policies and Guidelines. Columbia University is committed to protecting the health and safety of its community. To that end, all visiting alumni and guests must meet the University requirement of full vaccination status in order to attend in-person events. Vaccination cards may be checked upon entry to all venues. All other attendees may participate virtually on Zoom or YouTube.

Please join Columbia’s Harriman Institute and the Artistic Freedom Initiative (AFI) on November 10 at 6pm for a panel discussion on right-wing governmental interference into the arts and cultural sector in Hungary and Poland.  The event will center around two reports recently released by AFI, Systematic Suppression: Hungary’s Arts and Culture in Crisisand Culture Control: Censorship and Suppression of the Arts in Poland,both offering an in-depth analysis of how illiberal approaches to governance have impacted the Hungary and Poland’s artists, cultural workers and arts institutions.

The Hungary panel will focus on the rise of FIDESZ, the placement of the Hungarian Academy of Art (MMA) as a conservative oversight body for arts and culture, the consolidation of media, and the systematic stacking of the country’s major arts and culture institutions with party loyalists.  The featured presenters will include:

The Poland panel will discuss PiS’s use blasphemy and defamation laws to intimidate artists, the Ministry of Culture’s overhaul of the management of arts and cultural institutions, the denigration of artists in the media, and the emboldening of private actors to harass and threaten artists.  This session will feature:

We invite anyone with an interest in arts and culture, human rights, or legal and policy advocacy to join us!