2010 Advocate Honored for Work in Harlem

2010 Advocate Bakary Tandia received the 2022 Harlem Honors award as well as proclamations from Manhattan Borough President Mark Levine and New York State Senator Cordell Cleare recognizing his contributions to Harlem as well as his human rights advocacy. Bakary spent more than 25 years with African Services Committee (ASC) as policy advocate and case manager. At ASC, he represented the organization at UN meetings and on the board of The New York Immigration Coalition. Tandia is a co-founder of The Abolition Institute which works to abolish slavery, particularly in Mauritania. 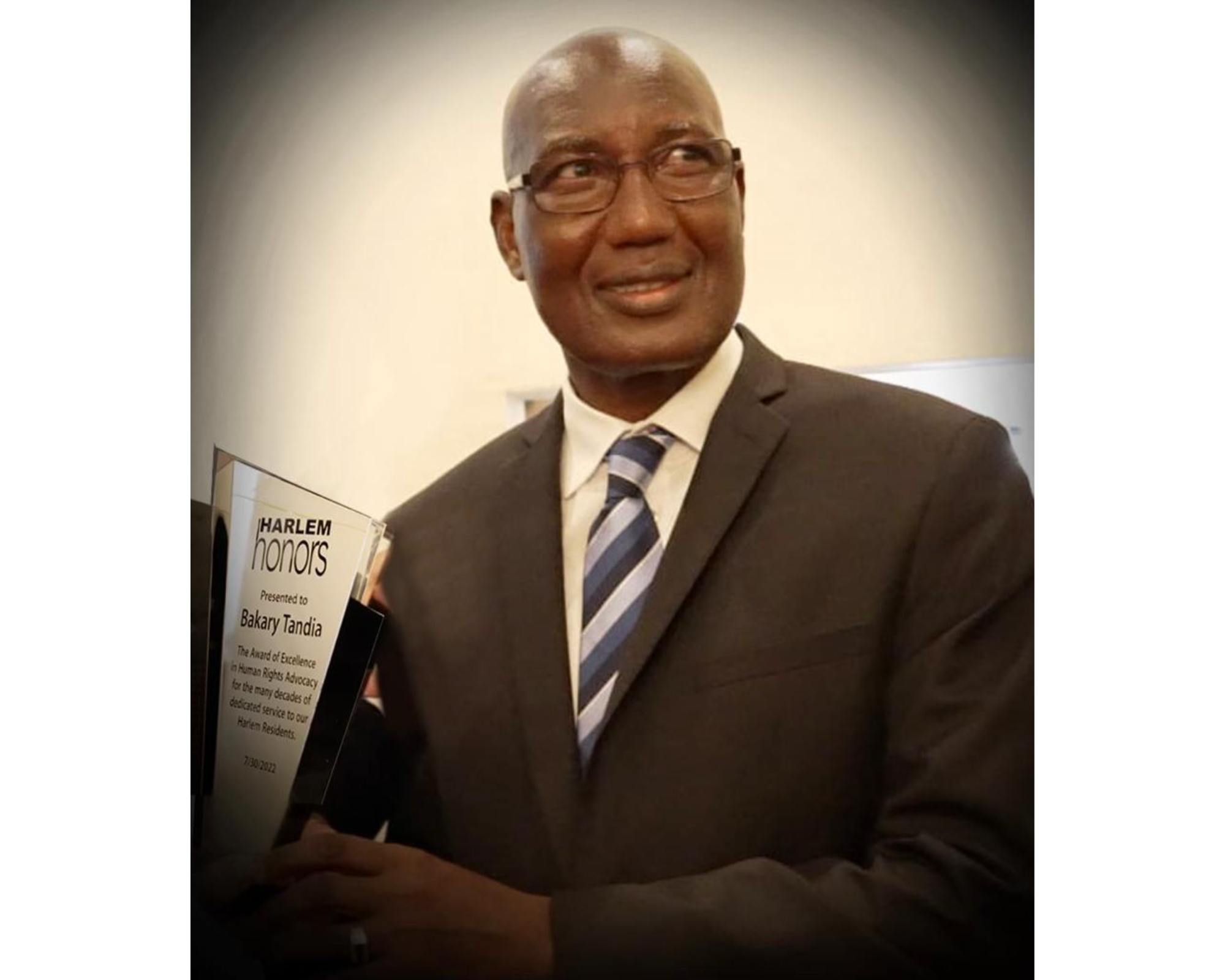