Nahal Zamani, a 2013 graduate of the Human Rights M.A. program, appeared on a live show hosted by BRIC TV to discuss policing in New York City and local reform efforts and interventions. Nahal discussed what is needed to hold officers accountable for abuse and misconduct, the status of reforms in the case challenging the NYPD's stop and frisk program, issues of police violence and the impact of broken windows policing, and why the NYC Council should pass the majority-supported Right To Know Act, which would bring transparency and accountability to the most common interactions between police and civilians.

Nahal Zamani is an Advocacy Program Manager at the Center for Constitutional Rights (CCR), where she directs CCR’s advocacy and campaigns in the U.S. Nahal’s current advocacy portfolio includes challenging the NYPD’s abusive stop and frisk practices and other discriminatory policing practices, the persecution and criminalization of LGBTQ communities, and economic injustice. Nahal advocates regularly on these issues before elected officials and the United Nations and co-chairs the Executive Committee of the Communities United for Police Reform (CPR) campaign in NYC.

Nahal lectures extensively on human rights advocacy, strategies for coalition-building and campaign development, and the application of a human rights framework to address social justice issues in the U.S. Before joining CCR, she led human rights advocacy and campaigns at the American Civil Liberties Union and worked with the International Rescue Committee’s New York resettlement office and at Animédia in France. Nahal holds an M.A. in Human Rights from Columbia University, where she focused on documenting the stressful impact of economic and cultural rights violations, and a B.A. from Rutgers University.

Watch the BRIC TV discussion of Broken Windows Policing below. 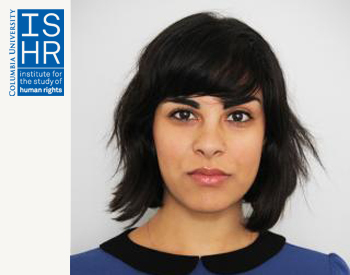