In her new role, Cohen is charged with the execution of an expert consultation on monitoring and combatting antisemitism in Geneva, Switzerland. In cooperation with Dr. Ahmed Shaheed, the UN Special Rapporteur on Freedom of Religion or Belief, this consultation seeks to address a persistent challenge to the effectiveness of UN human rights mechanisms by bringing leading figures engaged in monitoring and documenting antisemitism together with UN human rights experts and professionals whose mandates encompass anti-Semitic acts. Cohen will serve as an author of a subsequent report on the meeting’s findings.

Cohen will also work on a JBI project surrounding the upcoming 70th anniversary of the Universal Declaration of Human Rights.

Cohen completed her Master's Degree in Human Rights Studies in 2017, focusing on mixed race studies. Her thesis entitled, "Double Exclusion: The Mixed Race Experience in America," is a critique of the current racial stratification system and its detrimental impact on multiracial Americans, who make up the fastest growing minority group in the country. This paper shines a light on the struggle of these individuals in America’s rigid, dated, racial system. It also acts as a wake-up call to lawmakers, pointing to a lack of inclusive policies, recognition and protections that need to be addressed as this population grows.

While completing her master's degree, Cohen served as the Director of Major Gifts at HIAS, an international refugee resettlement agency. During the height of the international refugee crisis, Cohen played a key role in securing funds to launch a legal assistance program to assist asylum seekers on Lesvos, Greece. Prior to this role, Cohen worked at the Robert F. Kennedy Center for Justice & Human Rights, served as a legal volunteer in Human Rights First’s Refugee Protection Program, and taught English in the suburbs of Paris under the auspices of the Ministere de l’Education Nationale. 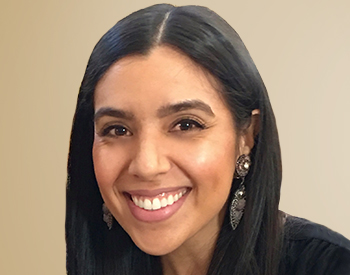