ISHR congratulates 1993 Advocate U Aung Myo Min of Equality Myanmar  who was awarded the first Schuman Award by the European Union in Myanmar for his " outstanding merits in promoting equality, non-discrimination and human rights" in the country.

The award was also granted to posthously to Burmese lawyer U Ko Ni and Daw Ja Nan Lahtaw, director of the Shalom Foundation.

"The Schuman Award recognises the merits of those who stand out in promoting core values of the European Union – and indeed universal values of humanity. U Ko Ni, Daw Ja Nan Lahtaw and U Aung Myo Min have dedicated their lives to working towards a better future for their country and all the people who call Myanmar their home. They are ambassadors for peace, democracy, human rights and equality. With this award, the European Union would like to honour the important work of our first Schuman Laureates," said EU Ambassador Roland Kobia.

U Aung Myo Min is the executive director of Equality Myanmar and took part in Myanmar’s 1988 student uprising. He is an alumnus of the 1993 Human Rights Advocates Program. He is one of Myanmar’s best-known LGBT activists. He spent 24 years in exile and has been an active and outspoken leader in the promotion of human and rights and equality since his return to Myanmar in 2013.

Click here to read more U Aung Myo Min about the 2017 Schuman Awardees. 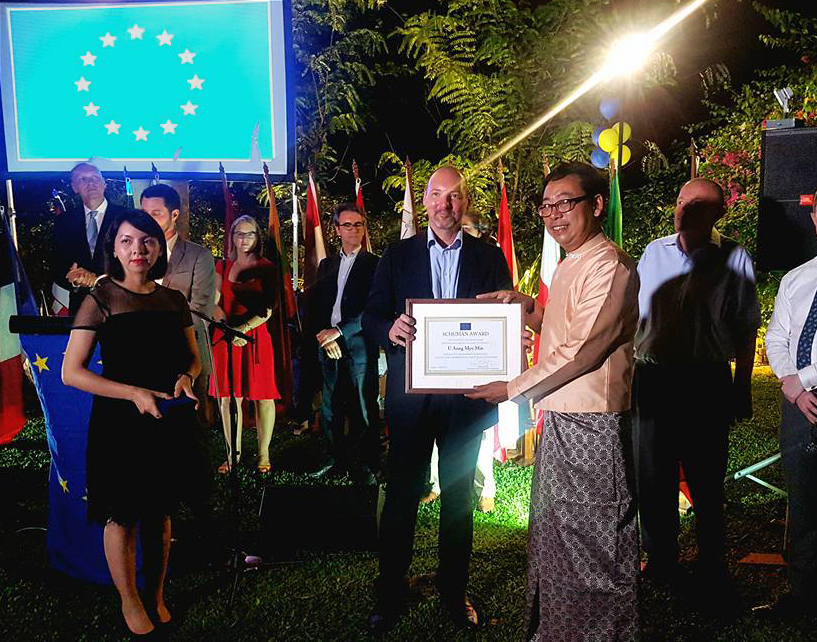