Elazar Barkan will be stepping down as Executive Director of the Institute on June 30th and on behalf of faculty, staff, students, and affiliates, ISHR would like to thank him for his many contributions. Professor Barkan joined the Institute in 2006 as Co-director and continued to lead as Director starting in 2008. During his tenure, he oversaw our transition from a center to an institute, the launch of an undergraduate human rights major, and the establishment of several new programs, including the Alliance for Historical Dialogue and Accountability, the Peacebuilding and Human Rights Program, and the African American Redress Network, among many other initiatives.

During this time, the Institute greatly expanded its activities and more than doubled in size. As a leader, he has underlined the valuable relationship between human rights scholarship and practice and has been deeply committed to the growth and success of the Institute. He has laid a strong foundation for the future and while he will be missed in his current role, we look forward to his ongoing contributions as a faculty member at SIPA.

ISHR would also like to welcome Yasmine Ergas as its new interim Director. Professor Ergas is Director of the Specialization on Gender and Public Policy and Lecturer in Discipline in International and Public Affairs. She previously served as the Associate Director of the Institute for the Study of Human Rights and has been an ISHR board member since 2012. She brings to the position years of human rights experience and expertise and we look forward to the year to come under her leadership! 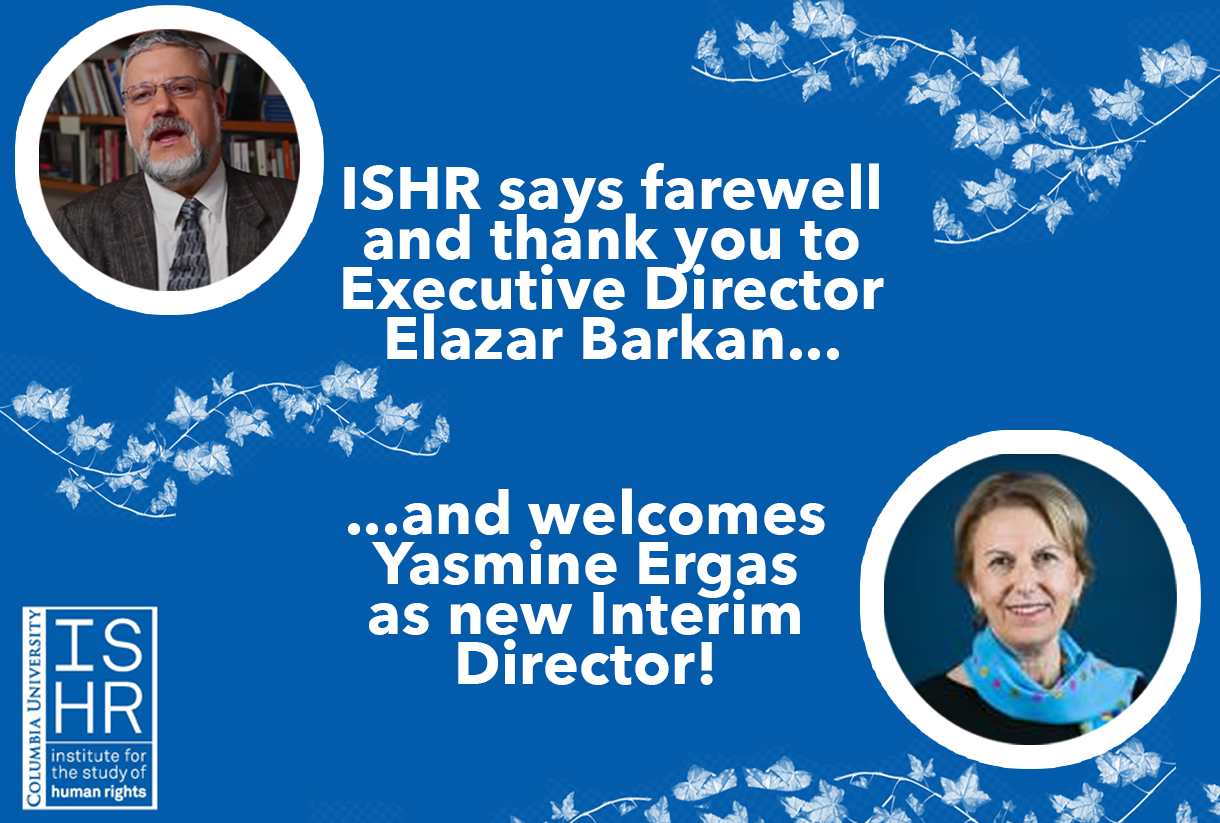