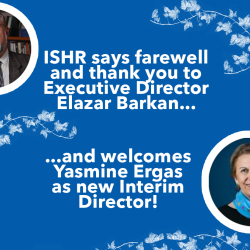 ISHR says farewell and thank you to Elazar Barkan and welcomes Yasmine Ergas in the role of Interim Director
Friday, July 2, 2021

Elazar Barkan will be stepping down as Executive Director of the Institute on June 30th and on behalf of faculty, staff, students, and affiliates, ISHR would like to thank him for his many contributions. Professor Barkan joined the Institute in 2006 as Co-director and continued to lead as Director starting in 2008. 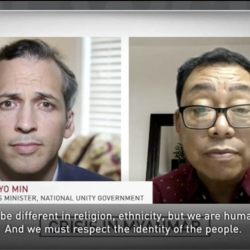 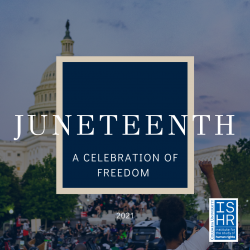 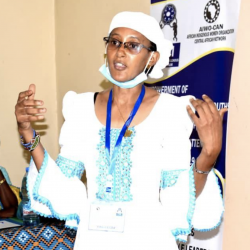 In cooperation with the International Indigenous Women's Forum/Foro Internacional de Mujeres Indígenas, 2016 Advocate Aehshatou Manu and her colleagues from AIWO-CAN led a capacity building workshop on the empowerment of indigenous women, girls and youth with a focus on leadership, rights, and the impact of COVID-19 on their communities in Cameroon. 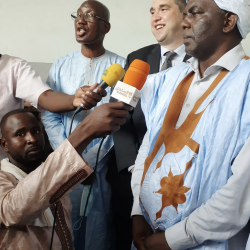 2010 Advocate Bakary Tandia (speaking) and Sean Tanner, founders of The Abolition Institute, led a delegation to Mauritania and Senegal in May. Tandia reports: “No words can describe how thrilled I am about the visit.