Gabriella Levy is a senior majoring in Political Science with a double concentration in Human Rights and Hispanic Studies. She will also be initiated into Phi Beta Kappa, the national honor society, on May 16, 2017. Levy has been accepted into a Ph.D program in Political Science at Duke University.

Why did you decide to pursue human rights for your academic and professional path?

My decision to pursue human rights was a natural outgrowth of my interest in international relations and injustice. In fact, one of the main reasons I came to Columbia was because of ISHR. Even after four years of studying the topic and dissecting it, I still think that human rights are a powerful tool for good and an important component of international relations. Within the field, I am most interested in civil and political rights in the context of conflict and repressive regimes. My senior thesis addresses how human rights become part of  the U.S. foreign policy agenda, using a case study of U.S.-Argentine relations during the Argentine dictatorship.

How has the Undergraduate Human Rights Program supported you and enabled you to pursue your goals and interests?

The Undergraduate Human Rights Program has supported me immensely. It is an incredibly unique and flexible program, and it has allowed me to take a range of classes that suit my interests. In addition to more traditional classes, like “International Human Rights Law,” I have also taken classes like “The Anthropology of Sexuality,” a course which was very much outside of my range of expertise, but which proved to be  eye opening for me. The program also helped me count courses I took during a study abroad program on “Social Movements and Human Rights” toward my concentration. That flexibility allowed me to study human rights in a very different context and challenge my most fundamental conceptions of human rights. Lastly, the best resource in the department may be the professors. Because most are both scholars and individuals committed to the cause of human rights, they are among the most passionate instructors  and mentors I have encountered at Columbia.

How would you describe your fellow human rights students? How have they contributed to your experience in the program?

My fellow human rights students are not only passionate about social justice and human rights, but also about thinking critically about human rights issues in order to make the greatest impact most effectively. I am always in awe of their passion and their intellect.

Can you discuss your internship experience working in a human rights organization this past summer?

Last summer I worked in the Fair Labor Division of the Massachusetts Attorney General’s office. I helped investigate Massachusetts companies for violations of state wage and hours laws, including those concerning child labor, minimum wage, and overtime hours. I also managed Spanish-language communication between beneficiaries of completed cases and the office. The internship was extremely rewarding in that the work I was doing was making a concrete difference in people’s lives. We helped make sure that vulnerable workers received what they were owed, were not abused, and more.

What skills and knowledge were particularly important for your internship?

I think that my Spanish skills were particularly important, and I used them every day I was in the office. What I enjoyed most about the internship was interacting with Massachusetts residents who were owed restitution or who had complaints to file. One aspect of the job that I found useful was that it allowed me insight into the legal profession. At the time, I was still considering going to law school.

What aspects of this position did you find unexpected or challenging?

I found the most unexpected and challenging part of the internship to be its emphasis on auditing. Reviewing records was not a skill that I really had before the internship, and I was unfamiliar as well with the exact application of the relevant state law. I tried to be as detail-oriented as possible, triple checking each data entry and every calculation. I also made an effort to do as much legal research as I could to best complete my projects.

Can you describe your future professional goals?

I will be graduating this spring, and I will be beginning a Ph.D. program in Political Science next fall. I expect much of my research to center on human rights or on concerns for  the human rights regime.

Any other advice you would like to give to other students?

One general recommendation to human rights students: take least one class which is ideologically in opposition to human rights or your personal beliefs in some way. To students considering this internship or a similar one: it is an amazing position if you want to step back from more theoretical conceptualizations of human rights to do relatively on-the-ground work. 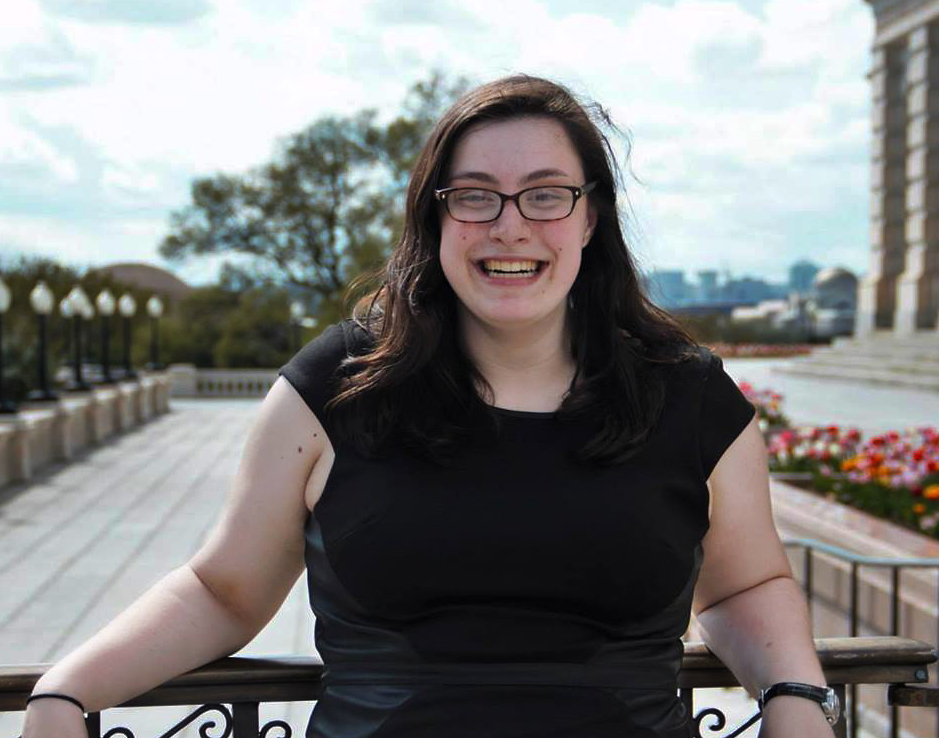