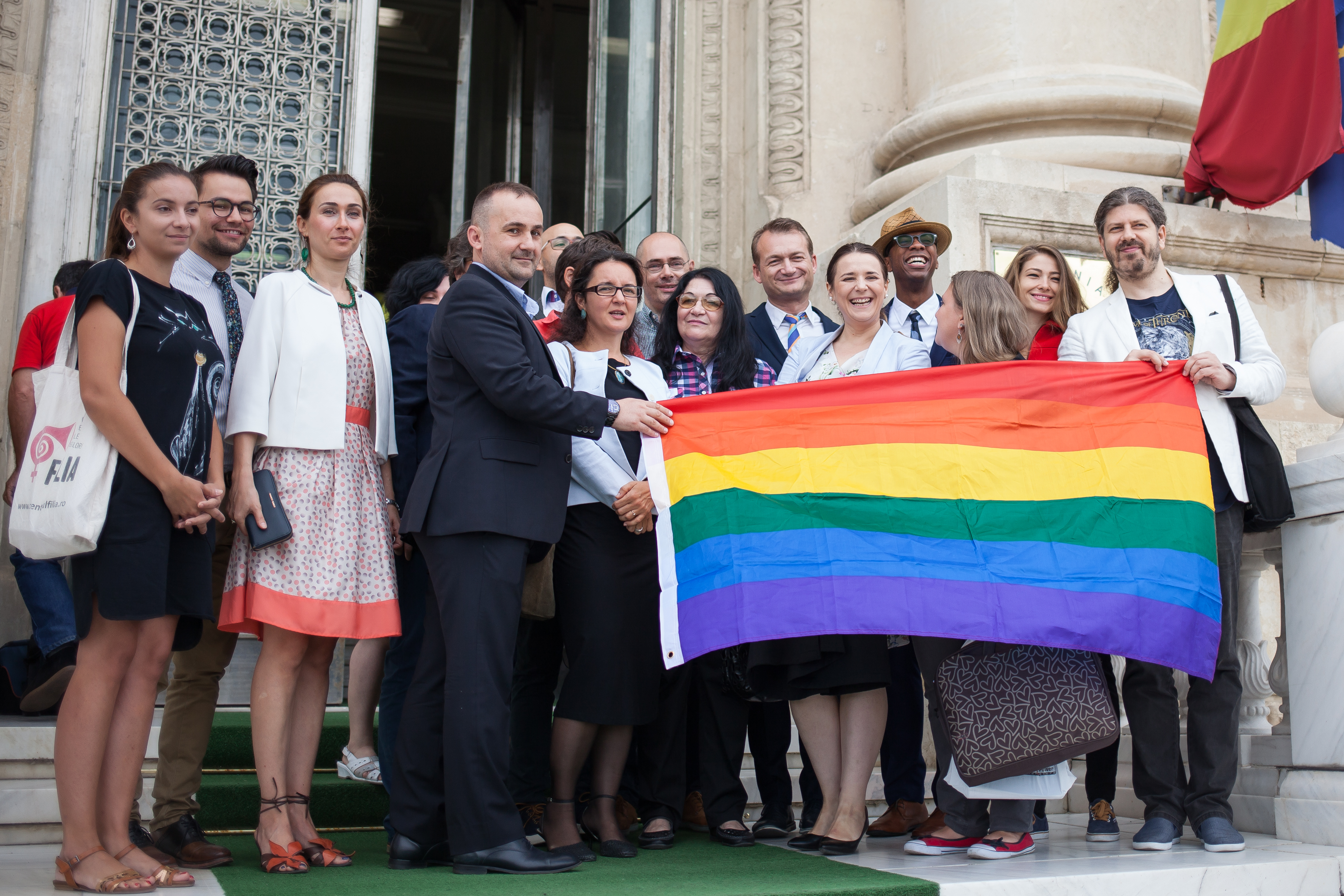 2000 Advocate Adrian Coman (sixth from the right) and his spouse, Claibourn Hamilton (fourth from the right), made history when their case for equal residency rights for same- sex couples was approved by the European Court of Justice (ECJ) in 2018. Coman, a Romanian national, brought the case to the Romanian Constitutional Court in 2016 when the Romanian government denied EU residence rights to his American spouse. The Romanian court ruled against the request for a residency permit on the grounds that Romanian legislation prohibits marriages between same-sex couples. Coman and Hamilton appealed to the case on the grounds of sexual discrimination. The ECJ’s landmark decision in favor of Coman and Hamilton’s appeal established that the term ‘spouse’ is gender neutral, and thus requires all EU member states to recognize and grant residency rights for same-sex spouses on an equal basis. Since 2013, Coman has been coordinating the International Human Rights Program at the Arcus Foundation in New York.