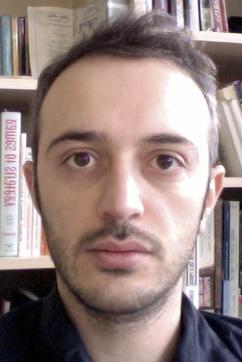 Christine Bader is a Nonresident Senior Fellow with The Kenan Institute for Ethics at Duke University and a Human Rights Advisor to BSR (Business for Social Responsibility). She also co-teaches Human Rights and Business in ISHR’s summer session. After earning her MBA from Yale, Christine joined BP plc and proceeded to work in Indonesia, China, and the U.K., managing the social impacts of some of the company’s largest projects in the developing world. In 2006 she created a part-time pro bono role as Advisor to the U.N. Secretary-General’s Special Representative for business and human rights, a role she took up full-time in 2008 until the U.N. mandate ended in 2011. Ms. Bader has published numerous op-eds and articles and given talks to conferences, companies, and universities around the world, including a TEDx talk entitled “Manifesto for the Corporate Idealist.” She holds a BA magna cum laude from Amherst College and is a Member of the Council on Foreign Relations.

Ding Fangguan, also known as Gu Chaun, is a researcher and assistant director of the Institute for Information Society Studies (IISS) in the School of Social Sciences at China University of Political Science and Law. His research interests include internet freedom, freedom of press, and human rights issues in China. His publications on these topics have been used by the United Nations High Commissioner for Refugees (UNHCR), Reporters Without Borders, Amnesty International, and other international organizations. At Columbia, his research covered intellectual property, privacy, and "The Rise of Chinese Internet Citizens Rights Movement."

Penelopa Gjurchilova, PhD., LL.M., MPA is a Macedonian lawyer, diplomat, consultant, and lecturer. She holds a Ph.D. in EU Law from the European University Institute in Florence, Italy, awarded in 2004, and a Masters in Public Administration as Kokkalis and Mason Fellow from Harvard Kennedy School of Government in 2007. She also earned an LL.M. as Fulbright Scholar from the Law School of the University of Connecticut in 1995, a law degree from the University Cyril and Methodius in 1993, and a B.A. in International Relations and Diplomacy from the American College of Switzerland in 1992. She has worked as an associate attorney in a New York City law firm and as a diplomat for the Macedonian Foreign Service.

David Hawk has directed the US Section of Amnesty International and the Cambodia Office of the UN High Commissioner for Human Rights. In the 1980s, under the auspices of the Center for the Study of Human Rights at Columbia, Hawk documented and analyzed the Khmer Rouge atrocities in Cambodia from 1975 to 1979. In 1994 and 1995 Hawk undertook research and advocacy missions to Rwanda for the US Committee on Refugees and Amnesty International, respectively. He has served on the board of directors for AIUSA and Human Rights Watch/Asia. Since 2002, Hawk has concentrated on documenting and analyzing human rights violations in the Democratic Peoples Republic of Korea.
A graduate of Cornell University and Union Theological Seminary, Hawk also did postgraduate work in international affairs and strategic studies at Magdalen College, Oxford. He as been an International Fellow at Columbia's SIPA, and an International Fellow in Human Rights, Justice and International Law, at Brandeis. He is also a residential Reagan-Fascell Fellow at the National Endowment for Democracy in Washington to assess the application of human rights, governance and transparency standards in the event of large-scale bilateral and multilateral assistance to North Korea.

Arunajeet Kaur is a fellow at the Institute of Southeast Asian Studies (ISEAS) Singapore. She graduated from the Australian National University. Her doctoral dissertation was entitled, ‘From Independence to Hindraf : the Malaysian Indian Community and the negotiation for minority rights’. She has also recently co-authored a book, The Migration of Indian Human capital; The Ebb and Flow of Indian Professionals in Southeast Asia (New York, NY: Routledge, 2011).

Rafi Nets-Zehngut is currently a postdoctoral fellow at the Leonard Davis Institute for International Relations at the Hebrew University. He got his PhD at the Political Science Department at Tel Aviv University, and during his PhD studies was a predoctoral fellow at Yale and Columbia Universities. His research studies the psychological aspects of conflicts (e.g., reconciliation and healing processes), with the main focus being their collective memory. Regionally he focuses on the Israeli-Arab/Palestinian conflict.

Shayna Plaut is a doctoral candidate at the University of British Columbia; her area of focus is on the intersections of journalism, human rights and social change with people who identify with being transnational. Shayna has designed and taught courses on human rights and human rights reporting to journalists and future producers of culture since 2004 in Chicago and, upon moving to Vancouver, designed the first Human Rights Reporting class offered at the graduate level in Canada. While at Columbia University Shayna worked with Anya Schiffrin and two graduate students to map out the current state of human rights education in journalism education.
Coming from a praxis based perspective; Shayna has conducted fieldwork with journalists, activists and donors in the Balkans, Central/Eastern Europe and Sapmi (traditional lands of the Saami people in the Nordic Arctic). Her work is published in academic, journalistic and creative forums. Since 2001, Shayna has engaged in extensive research on Romani media and civil society and served in a variety of positions with Amnesty International and Amnesty USA. Shayna received her MA from the University of Chicago and her BA from Antioch College. Shayna has two cats and refuses to color within the lines.

Nina Schneider holds a PhD in History from the University of Essex, United Kingdom. She specializes in contemporary Brazilian History, processes of historical redress and accountability in Latin America, politics of memory, and propaganda. Her new project investigates Brazil’s politics of historical redress from an entangled perspective. It pays special attention to the recently instated Brazilian Truth Commission and the dynamics between civil society, different state agents and the international community. Her recent publications include: ‘Breaking the Silence of the Military Regime: New Politics of Memory in Brazil?’, in the Bulletin of Latin American Research, and ‘The Supreme Court’s recent Verdict on the Amnesty Law: Impunity in Post-authoritarian Brazil’, in the European Review of Latin American and Caribbean Studies.

Rachel Wahl earned her Ph.D. from New York University in the Department of Humanities and Social Sciences program in International Education. Her research investigates the ways in which law enforcement officers in India respond to human rights advocacy and education related to state violence. This research was based on her twelve months of fieldwork in India. She was awarded the David L. Boren National Security Education Fellowship for fieldwork and intensive Hindi study. Rachel has also served as a consultant to USAID and the Norwegian Organization for International Development (NORAD) under the supervision of Dr. Dana Burde. Prior to beginning her Ph.D., she designed education programs for NGOs in New York, China and Peru. 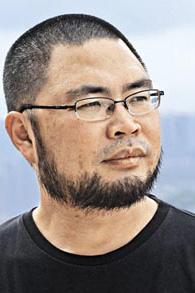 Wen Yunchao, known more commonly by his online alias “Bei Feng”, launched a series of online campaigns in support of human rights and against Internet censorship. He was awarded the French Republic’s Human Rights Prize 2010 by the French National Consultative Commission on Human Rights, in recognition of his efforts and contribution in promoting China's human rights movements through social media.

Ze Hua, a director of documentary films from China, is a human rights activist. With a master degree in law, she has devoted herself deeply in freedom of speech and human rights issues in China, making documentaries of China's civil rights movement. At Columbia, she researched "A Case Study of Three Chinese Human Rights Lawyers (Xu ZhiYong, Pu ZhiJiang and Teng Biao.)

Zarizana Abdul Aziz, a Malaysian lawyer, was President of the Women’s Crisis Centre in Malaysia where she provided legal and emotional support to victims of violence against women. Abdul Aziz was subsequently involved in legal reform in the area of violence against women, gender equality, family law and religious laws in Malaysia, Indonesia, Bangladesh and East Timor, as well as training of lawyers, civil society advocates, religious scholars and government officials in the said areas. She served as an expert in the Expert Group Meeting on Good Practices pursuant to the United Nations Secretary-General in-depth study on all forms of violence against women (General Assembly resolution 58/185), as well as for various other international organizations, including UNIFEM (now part of UN Women), the UN Division for the Advancement of Women (now part of UN Women), the OHCHR and the International Commission of Jurists.

Bart De Sutter holds from Ghent University (Belgium) an M.A. in history and an M.A. in political science. In July 2009 he started as a PhD student at the Department of History of Antwerp University (Belgium) with a Dehousse scholarship. Since October 2010 he has been a PhD fellow of the Research Foundation – Flanders (FWO) at the same institution. In 2008 he won the yearly André Schaepdrijver award for best Master's thesis in history at Ghent University. He contributed articles to a number of academic journals, among which is the History Workshop Journal.