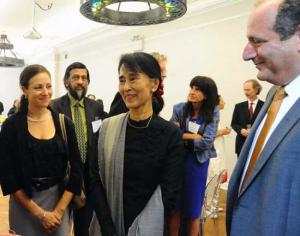 The Program on Peace-building and Human Rights is an applied research endeavor taking a comprehensive approach to peace-building by working around the world in conjunction with local partners. The Program seeks to shape policy by working closely with U.S. officials and international stakeholders at the UN and in foreign governments. The Program incorporates a communications strategy to raise awareness about policy initiatives through regular policy reports, articles, and media appearances. Director David L. Phillips brings 30 years of experience as a scholar, foundation executive, think-tank director, and as a U.S. and UN official.

Field activities are underway in:

Following are examples of work by the Peace-building Program.

Assisted Aung San Suu Kyi and the National League for Democracy (NLD) by training Members of Parliament (MPs) and working with Justice for All (JFA) to develop a grass-roots curriculum on access to justice. 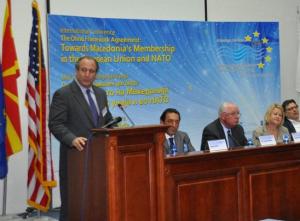 Organized a 10-Year Implementation Review of the Ohrid Framework Agreement, which ended Macedonia’s civil war between the ethnic Albanian National Liberation Army and the central government, with signatories of the agreement in Skopje and Tetovo. Organized a 10-Year Implementation Review of the Aceh Peace Agreement, which ended the civil war between the Free Aceh Movement and the Government of Indonesia in Banda Aceh. Plans are underway for an implementation of the Darfur Peace Agreement in Sudan.

Produced a seminal study, Institution-Building in Iraqi Kurdistan, offering a roadmap for managing the break-up of Iraq. Worked with parties in Syria on decentralization as an alternative to fragmentation. 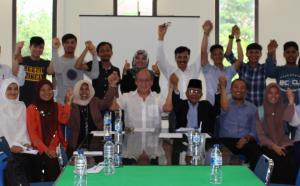 Organized a series of seminars with the Islamic State University of Banda Aceh to develop a curriculum on “Social Harmony Teachings in the Qur’an and the Hadiths.” Held a series of seminars and a conference in Prishtina on “Preventing Violent Extremism through Education” with the Kosovar Centre for Security Studies on curriculum reform, capacity building, and policy development.

Gender issues are mainstreamed in all Program activities. Brought Nobel Peace Prize recipient Leymah Gwobee to Burma for a meeting organized in conjunction with Aung San Suu Kyi on the role of women in mobilizing political change. We also brought Leymah to Sri Lanka for a meeting organized with the Association of War Affected Women (AWAW) on women and reconciliation.

Through humanitarian assistance, human rights, economic development, and political participation. The Program enhances preventive diplomacy by focusing on preventing violent extremism and peace-building strategies to break the cycle of violence.