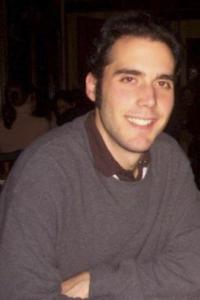 Amadei first joined ISHR as an intern to assist with research projects, archival management, and database administration. Asked to come on board as part-time, salaried staff for HRAP in January 2010, he contributed to the Program's recent expansion by building the HRAP Alumni Network, publicizing HRAP around the globe, and preparing special projects for the upcoming 25th Anniversary of HRAP. He also contributed to the coordination of the 2010 HRAP including the Washington, D.C. networking trip. Many of the 2010 Advocates expressed their deep appreciation to Andrew for the thoughtful attention he gave to them throughout the course of the Program.

In April 2011, Amadei joined the American Council for the Teaching of Foreign Languages (ACTFL). He is facilitating ACTFL's professional development programs as well as assisting planning of ACTFL's On-site and Sponsored Workshops, held year-round throughout the US.