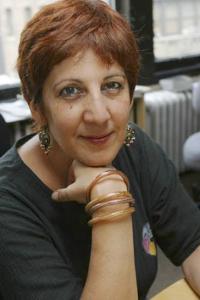 Longtime HRAP supporter Lisa Vives is the Director and Editor at Global Information Network, a nonprofit independent news service that supplies community and ethnic media with global news. Many advocates have participated in Global Information Network’s informational roundtables on current news-making events in Africa, which are available on YouTube and on the website Africanspotlight.com. She says:

Thank you for giving me this chance to applaud the work of the Institute for the Study of Human Rights - a necessary and urgent program of scholarship and skills building at a time when civil liberties and pro-democracy movements are facing new and deadly pressures. Through our collaboration over several years, the Institute has helped strengthen our public programs on human rights struggles in some of the most under-reported countries in Africa. Institute advocates from the program have presented their work in full detail, directly to an audience of local activists, Africanists, scholars, journalists, members of the Diaspora, among others. With the Africa Roundtable series, a project of Global Information Network, I have seen person-to-person connections forged that will be a lasting support network for the advocates in their essential and courageous work. Such has been the case for several advocates from the Institute who have stayed in touch with Global, sending news story suggestions, announcing new book printings and films. Other advocates from the Institute have received visits from travelling journalists where the introduction was begun at a Roundtable. I see these Roundtable presentations by the advocates as an invaluable first step towards a new solidarity able to nourish pro-democracy efforts across continents. It has been an honor to collaborate with the Institute.