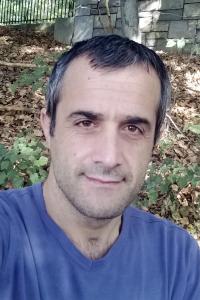 Serhat Çaçan is a historian, with a particular interest in oral history. He is one of the founders of the Mulberry Tree Collective which focuses on oral history research. His work in this collective is mostly about the violence of the past and its impact on different communities within Turkey. His most recent oral history work focuses on Kurdish oral traditions. In the AHDA program, he is going to implement an oral history project which focuses on the massacres in Northern Mesopotamia in the first half of the 20th Century, and more specifically the Armenian massacre. In this research project, he will collect the oral narratives of Kurdish people about "filleh"s, namely, Armenian, Assyrian, and other "non-muslim" people, then analyse them to understand how these massacres are remembered and memorialized by Kurdish people. In so doing, he seeks to initiate a dialogue between Armenians and Kurds about their shared history. 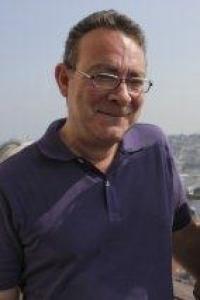 Ekrem Murat Çelikkan is a founding member and co-director of Hafıza Merkezi, the Center for Truth, Memory and Justice, in Turkey. Çelikkan has worked as a journalist for the past 25 years, assuming the role of reporter, editor, columnist, and chief executive editor. His primary focus has been on human rights violations and democracy.

In addition to journalism, Çelikkan has been an active member of the Turkish Human Rights Movement, and he has collaborated with human rights NGOs in Lebanon, Syria, Jordan, Italy and Argentina. He was a founding member and has been on the boards of the Human Rights Association, Helsinki Citizens Assembly, Amnesty International, and Human Rights Foundation.

Çelikkan has also worked on projects related to the Kurdish problem and media ethics. Çelikkan has a bachelor’s degree in management from the Middle East Technical University (Turkey). As an AHDA fellow he will explore issues of historical dialogue and reconciliation regarding the Kurdish conflict, in particular with regard to the enforced disappearances of Kurds in the 1990s.