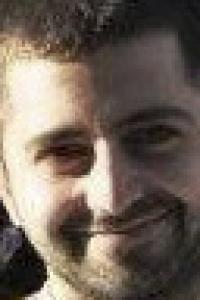 Harout Ekmanian was trained as a lawyer in Aleppo, where he also wrote for a number of local and international journals and publications. Afterwards, he worked at the Civilitas Foundation in Yerevan, Armenia for several years, where his work was centered around human rights, public policy, international law and conflict resolution. In 2014, he was an O'Donnell Visiting Scholar in Global Studies at Whitman College. As an AHDA Fellow in 2015, his work focused on the role of mass communication in transitional justice in the South Caucasus and the Middle East.

Harout is fluent in Armenian, Arabic, English and Turkish, and proficient in French and Spanish. 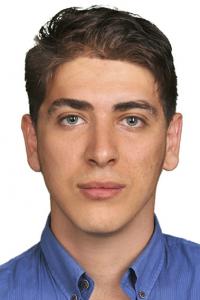 Dogu Eroglu is a human rights and ecology activist, a writer, and an investigative reporter for the Daily Birgun, an independent Turkish newspaper. When he first began working at the Daily Birgun, he focused largely on environment and energy issues: from urban rights to environmentalist perspectives, Mr. Eroglu worked closely with local groups who resisted the mega energy and construction projects that the central government planned. He also covered –and continues to cover—issues such as systematic human rights violations in Turkey, ranging from (among many topics) the discrimination of minorities to the state’s actions regarding ill treatment and torture to the oppression of civic rights. As the violence of the Syrian Civil War began to spread in the Middle East, Mr. Eroglu’s focus shifted to the field of conflict journalism, and his current work focuses on recruitment dynamics of radical Islamists, the logistics of armed conflict, migration policies, and other components to the unrest that has defined the Middle East in recent years.

Mr. Eroglu has an MA in Economics, and began his career as a reporter at Turkey’s iconic Cumhuriyet Daily, where he worked from 2011 to 2012. In 2012, he initiated an independent journalism project entitled Violence Stories from Turkey. This project focused on human rights violations in Turkey, and sought to press state actors for greater transparency through exposing personal stories of victims of state-led human rights violations. In addition to being a regular contributor to numerous Turkish newspapers and periodicals, Mr. Eroglu’s work has been published by Newsweek and Vice.com. His first book, which explores the history of local struggle against a proposed coal-based thermal power plant in Gerze, Turkey, is expected to be published in the fall of 2015. As an AHDA fellow, Mr. Eroglu will develop a project that examines the historical movement of jihadists from country to country. The project not only expects to reveal the historical connections between current and past jihadist recruitment practices and patterns of joining, but will be helpful to societies who suffer from jihadist recruitments by enabling them to predict future patterns of joining. The project will also enable societies to design measures for the rehabilitation and reconciliation of potential and actual recruits upon their return to their home communities.