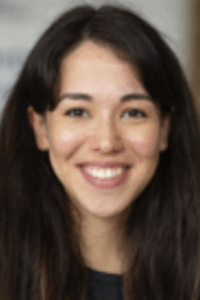 Selbi Durdiyeva has completed her PhD from Transitional Justice Institute, Ulster University, on the topic: "Reimagining the Role of Civil Society in Transitional Justice Processes in Russia relating to the Soviet Repressions." She has an LLM in International Human Rights and Humanitarian Law from the University of Essex, UK and an LLM in International Law from KIMEP University, Kazakhstan. She was a Global Dialogues Fellow at the Transregional Center of Democratic Studies at the New School of Social Research. 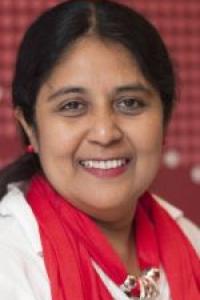 Evelyn Vandhana Dissanayake is the Founder of a non-government, non-profit civil society organization, the Asian Press Institute, where she manages and coordinates all activities. Evelyn is an independent consultant for The Training Nest, an organization that is involved in research, advocacy, and training. Before founding the Asian Press Institute, she worked with International Non-government Organizations under diverse capacities, working in conflict zones in her country. Her work involves promotion and protection of human rights, rehabilitation, reconciliation, justice, and trauma healing and peace, where she worked with conflict affected communities, IDPs, refugees, undocumented migrants, and ex-paramilitary combatants. 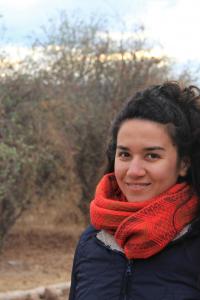 Milena Duran is a lecturer and scholar of history who focuses on recent history and memory. Since 2010, she is part of Grandmothers of Plaza de Mayo (Abuelas de Plaza de Mayo), a non-governmental organization that searches for the children - today adults - that were kidnapped and appropriated during the last military dictatorship in Argentina. As a member of the Educational Team of The Identity House of Grandmothers of Plaza de Mayo, the museum of the organization, she plans and carries out educational workshops for elementary, high school, and university students in order to reach younger generations with Grandmothers’ cause, raise awareness, and promote human rights and memory. She also works as an interviewer, researcher, and archivist at the Grandmothers’ Family Biographical Archive, oral history archive on the life stories of the disappeared, parents of the appropriated children. There, she conducts interviews with fellows, friends, and family of the victims. At the same time, Milena teaches history classes in high school and in teacher courses. 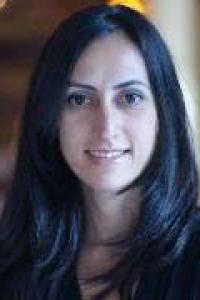 Eylem Delikanli is the co-author of the oral history book Keşke Bir Öpüp Koklasaydım (with Ozlem Delikanli) about the 1980 Coup D’État in Turkey, published in 2013. As an AHDA fellow, Eylem will work on a project titled “Institute of Silence”, which will display crucial historical moments of Turkey on a web platform. In particular, the project seeks to address the silence around the 1980 coup d’état by making publicly available the oral history interviews of those targeted by the Junta. The hope is that these interviews, paired with official documents, will expose and teach users about the human rights violations and mass atrocities that occurred in Turkey during this time.

Eylem is an ISHR Fellow. 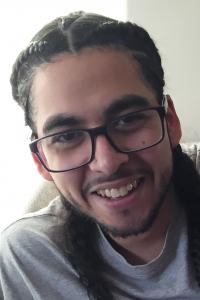 Benji de la Piedra is an independent oral historian and writer living in Little Rock, Arkansas, USA. He is currently at work on an oral history project that explores the biography of Herbert Denton Jr (1943-1989), a little-known but legendary journalist at The Washington Post whose life and work provide a window onto issues of race, sexuality, and political culture in the second half of American twentieth century history. Previous work includes his M.A. oral history thesis project, entitled “That Something Else”: Botkin, Portelli and Ellison on Democratic Pluralism and the Dialogical Encounter. During his time as an ADHA Fellow, de la Piedra will be developing a project that gathers and interprets oral histories from current graduate students at Columbia. The project aims to explore perceptions of race, gender, and identity on an American college campus, with the goal of initiating a restorative campus-wide dialogue about the ideal of diversity and feelings of institutional disavowal. 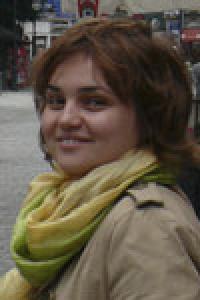 Sofia Dyak is the director of the Center for Urban History of East Central Europe in Lviv (Ukraine), an institution dealing with research and public history projects. Her responsibilities at the Center include researching and curating exhibitions and other public history projects. Before taking the position of director, she was involved in developing and realizing research projects, exhibitions and workshops, and summer programs dealing with preservation and oral history in western Ukraine, a region often described as borderland and known for its diversity before the Second World War. Dr. Dyak earned her PhD at the Institute of Philosophy and Sociology of the Polish Academy of Sciences (Warsaw). Her research interests include the post-war history of border cities, heritage and urban planning in post-catastrophic cities, as well as city branding. The project she will develop as an AHDA fellow is an urban history project that examines cities such as Medzhybizh, which was a center of the 18th century Jewish movement known as Hassidism. The Holocaust not only marked the destruction of Jewish communities from such towns, but also the obliteration of historical narratives that were associated with this past. The last two decades of post-socialist development have been marked by an increased nationalization of local memory that further ignores the history and diversity of these cities and their past and present inhabitants. Through educational workshops, an exhibit and a film, Dr. Dyak’s project reconstructs the history of these cities and emphasizes the multi-ethnic patchwork of these cities. In so doing, the project presents the diversity of these cities in a 21st century context, where respect towards Others is a fundamental requirement of living in today’s civilization. 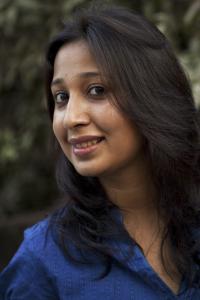 Bijoyeta Das is a freelance photographer and multimedia journalist whose work is based out of Bangladesh. Throughout her career, she has reported from countries such as Bangladesh, India, Nepal, Turkey and the United States. Ms. Das was a 2011 Peace Writer for the Women Peacemakers Program at the Institute for Peace and Justice (University Of San Diego, US), and her work has been broadcast on Deutsche Welle, Radio Netherlands Worldwide, Radio France Internationale, Women News Network, Women’s eNews, WAMC Northeast Public Radio, Fotoevidence, and All India Radio; her photo story “Dreams of a Goddess” won the Silver Medal at the TashkentAle‐2010 Photo Festival in Uzbekistan, and her short documentary films “Branded Girls” and “The Saturday Mothers of Turkey” were official selections for the 2011 Women’s Voices Now Film Festival and were screened in the United States and in the United Arab Emirates. Ms. Das holds a BA in History from St. Stephens College, Delhi University (India), an MA in Journalism from Northeastern University (US) and a Diploma in Photojournalism from KA Asian Center for Journalism (Philippines). As an AHDA fellow, Ms. Das’s project will focus on rape victims and war babies of the 1971 Liberation War of Bangladesh. More specifically, her visual narrative (print, photos, and film) seeks to use oral histories to document the post-war lives of these women and their children.